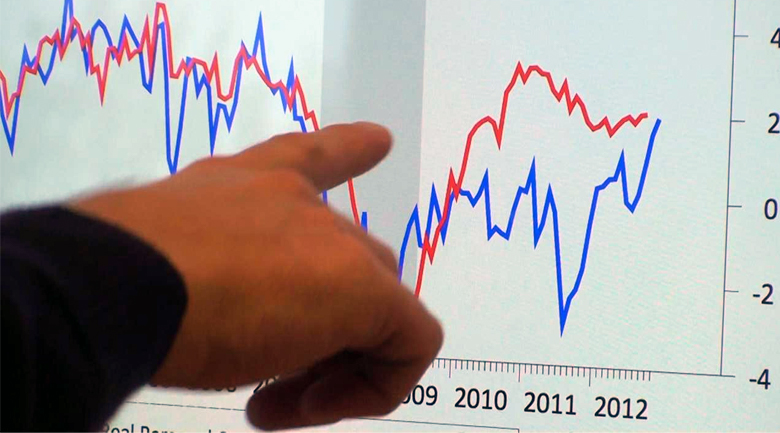 Have we been in an economic recession for months?

Lakshman Achuthan, Founder of Economic Cycle Research Institute (ECRI) hit the airwaves in recent days, pointing to data that supports that our nation has been in an economic recession since July. Immediately, his comments were controversial as most posit the economy is in the earliest stages of a recovery, not a relapse.

Achuthan said, “Indicators used to define a recession are not cherry picked,” adding that industrial production, personal income, sales, and employment have been the four leading indicators studied for recession status. “When they peak collectively, that is a tell tale sign that you have turned the corner on the business cycle and are headed down,” and all four peaked simultaneously in July.

Several have spoken out against Achuthan’s claims, and remain skeptical. Dr. Tim Duy, Sr. Director at the Oregon Economic Forum and Economics professor at the University of Oregon said, “I think the preponderance of evidence weighs in favor of ongoing expansion, disappointing as the pace of that expansion may be,” and he questions Achuthan’s credibility, saying there is no strict definition of recession, particularly based on peaks of production, income, jobs, and sales as Achuthan claims.

Duy cites the The National Bureau of Economic Research:

The Committee does not have a fixed definition of economic activity. It examines and compares the behavior of various measures of broad activity: real GDP measured on the product and income sides, economy-wide employment, and real income. The Committee also may consider indicators that do not cover the entire economy, such as real sales and the Federal Reserve’s index of industrial production (IP). The Committee’s use of these indicators in conjunction with the broad measures recognizes the issue of double-counting of sectors included in both those indicators and the broad measures. Still, a well-defined peak or trough in real sales or IP might help to determine the overall peak or trough dates, particularly if the economy-wide indicators are in conflict or do not have well-defined peaks or troughs.

GDP and GDI (gross domestic income) are ignored by Achuthan, and Duy points out that both improved in the third quarter:

Jobs and income have improved and while Duy concedes that manufacturing has softened, production overall has improved. Duy said, “Bottom Line: Lakshman Achuthan is in the media claiming the US is already in recession as of July. I don’t think even a cursory examination of the data supports that contention.”

In this article:economic crisis, Economy, recession

Yes, layoffs are surmounting all around those in the tech industry, and though many foresee this as a recession indicator, it isn't.