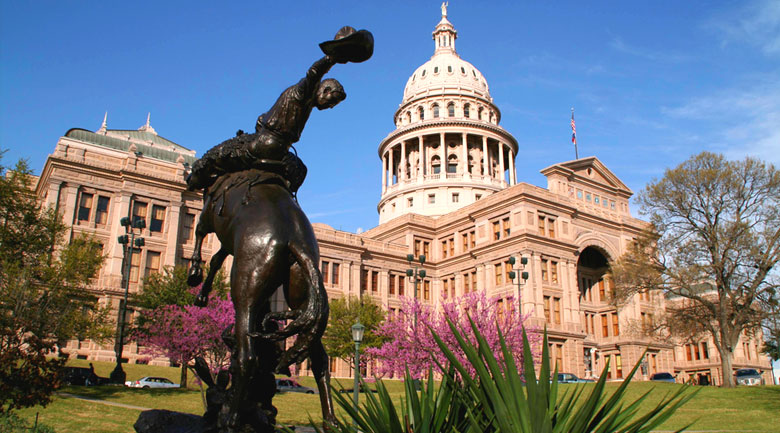 Governor Rick Perry is travelling west in search of ways to boost the Texas economy, and he’s hoping to come back with others in tow.  In an effort to persuade California companies to relocate to the Lone Star State, the Texas governor is running several ads targeted towards California businesses, as well as scheduling meeting with CEO’s, in order to show business owners the benefits of leaving the state.

California governor, Jerry Brown, is less than impressed with Perry’s efforts, and doesn’t think these efforts will prove effective. But that isn’t stopping Perry from urging businesses to “come check out Texas.”

There are many hardships that come with operating a business, but in states like California, these hardships are even more pronounced. California businesses are subject to state taxes, while businesses and residents in Texas or not; that alone could spell considerable savings for those who are persuaded to move.

Additionally, California businesses were hit with a retroactive capital gains tax bill that will cut deep into the pockets of business owners. Negating capital gains write-offs as far back as five years ago, the bill definitely makes a case for relocation. But many companies, especially those in the tech industry, can’t imagine moving away from Silicon Valley, and even with Austin’s “Silicon Hills” moniker, the battle to lure jobs to Texas could still be a hard fought one.

Perry’s efforts are intended to grow the Texas economy through job creation, which California is trying to do as well. He’s on a California travel tour, meeting with businesses in person in order to persuade them on the benefits of coming to Texas, with stops planned in San Francisco, Silicon Valley and Hollywood, where several production companies have left the state already. It’s apparent that he’s determined, and with recent legislation affecting all residents and businesses, he may have a strong case in persuading California companies to make the big move.[/span10][/row]

In this article:business news, texas