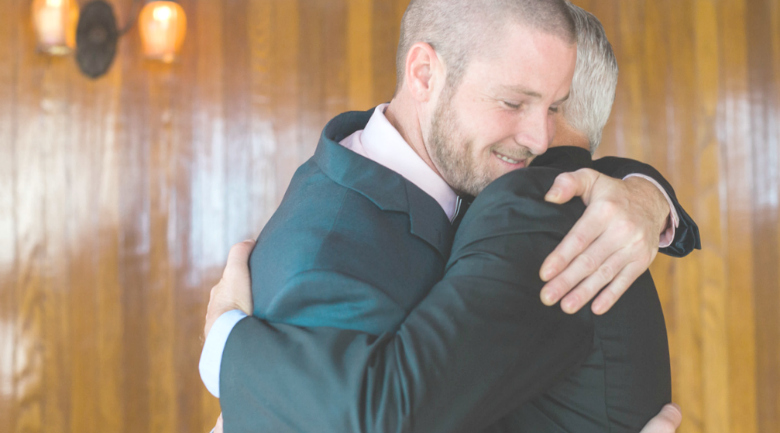 You can’t deny, there is a benefit to togetherness and hugs. One neuroeconomist recommends at least 4 hugs a day just for survival. Trust me, when you live in the South, that’s an easy goal to hit. People not only hug when they say hello but also when they leave, much like an “aloha” or “shalom.” In certain settings, the hug is the way to go, but when it comes to business settings, most people think you should probably back off.

The Creative Group, a staffing firm, surveyed more than 400 advertising and marketing executives in the United States. In business circles, hugging is becoming more common, but almost three-quarters of the respondents indicated that hugs are inappropriate in this context, especially between business contacts. Forty-four (44) percent responded that hugs are never appropriate in a business setting.

When it comes to business associates, such as co-workers, the statistics relax just a little. Only about half of the respondents believe that hugging is inappropriate between co-workers, which is actually much lower than the 70 percent who believed this in 2011. Even with all the sexual harassment information available to business owners today, the attitudes are easing up.

Consider your relationship and environment

What is appropriate? A handshake is the traditional greeting that is the least likely to offend someone. Even if you’re meeting someone from another part of the world, it’s typically accepted. Not only does it let the other person protect their individual space, it also prevents spreading germs through closer contact, which in the winter especially is vital to any number of people who have weakened immune systems.

With co-workers, if you opt to hug, make sure it’s reciprocated. Watch the other person’s body language and consider your environment. When you’re meeting business clients, use a handshake. Especially if you are a consummate hugger. The more intimate the greeting, the more you should hold back until you are invited in. Watch your manners in public to be more professional and personable.