There is a heated discussion going on right now in the RE.net regarding professionalism within and consumers’ opinions of the Real Estate Profession and how to bring the two into alignment.  While how to “fix” the problem has become a polarizing issue, the fact that there IS an issue does not seem to be in dispute.  On the less sinister side of things are the agents who are simply not yet prepared to advise consumers on real estate issues.  Has this resulted from a low barrier of entry, too little or too much government control, too little broker oversight?  One can only hypothesize, but my guess is that it is a combination of all .  On the far more evil side of things are the cheating, lying, lazy and all around bad apples (any level of education, entry, etc. will not help this crowd)…. So the question is, how do we “fix” the first, weed out the second and save our reputation and consumers all at the same time?

Consumers use reviews for everything these days, from buying a book or car to selecting lawyers and doctors.  They read the review, weigh the pros and cons and make their decision armed with a better understanding of what they are actually going to receive as a result of those insights from fellow consumers and their past experiences.

At least one review system has been tried in the past in real estate (Quality Service Certification) but if consumers aren’t aware of the service there is little value to using it or being reviewed on it.  A system would need to be implemented which has the power of Yelp, Amazon or Service Magic.  Consumers need to be able to easily find and review the comments and ratings about specific professionals.  This provides a very strong incentive to real estate professionals to do a great job from start to finish with current clients as we know if you don’t, future prospects could read about it.  Testimonials are great, but you only get them from past clients for whom you did a good job, consumer based reviews levels the playing field and highlights both the good and the bad.

A well implemented and marketed rating system for real estate professionals could help solve many of our current woes.  While it might not change the barrier of entry, it will help highlight those in need of additional oversight by their brokers or the ones who simply do a crummy job.  The bad apples would no longer be able to hide and find new victims quite as easily and will either need to change their ways or find a new profession.

It seems simple and elementary and that is the beauty of it.  Do a good job, be rewarded for it.  Do a poor job and reap what you sow.

So, what do you think? Can a consumer rating system help raise our industry from within and the perception from without? 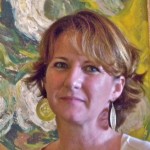