In the past week, two news stories that revolved around Internet leaks caught my eye. The former regarded a leak that had already happened, and the latter regarded a potentially devastating leak that could happen.

The first story was the “leak” of specifications of variants of the soon-to-be-released Samsung Galaxy S5 smartphone; the second was the news that the Wu-Tang Clan, an influential rap group that’s been around for two decades, was going to be creating only a single copy of a secret album.

Read also: 7 ways Spritz speed reading may or may not change the future of tech

In the case of the Galaxy S5, the recent leak lists technical specifications for the Galaxy S5 Zoom. So far, the leak has been deemed credible (by whoever the people are that deem unreleased information credible), and Samsung hasn’t commented on the topic. This leak, and the fact that phone-case makers have begun posting cases for S5 variants on their websites with “coming soon” tags, has led to a surge of speculation about what Samsung has up their sleeves.

So what does this mean?

First and foremost, it means that potential S5 customers might be able to choose from a more diverse generation of models for their ideal device. While that’s just peachy news for Samsung fans, what’s more important here is that this leak gave the Galaxy S5 an extra boost of publicity in the smartphone wars. This “leak” brought the Samsung Galaxy S5 to the forefront of tech news. In February, a similar bump in publicity happened when pictures of the S5 were leaked just hours before the phones official announcement at the Mobile World Congress in Barcelona.

Poor Samsung seems to be having a problem with leaks this year, but are these leaks really a problem?

When a big-name device like the S5 is officially announced, it subsequently receives a ton of press from bloggers, the media, and so on. They compare it to its previous generation counterpart and its next generation competitors, all the while speculating on how it will fare in the market. Some people will get excited about its impending release; some will dismiss the new tech and stay loyal to their current device.

In the end, the phone will get the hype and attention it deserves based on its specs, features, pricing, and of course, its official advertising campaign.

The domino effect of speculation

When information about a device is leaked, something entirely different happens. Every news organization in the world is constantly trying to be the first to report the news; Internet news is no different. When pictures of the unreleased Galaxy S5 or specifications of S5 variants are leaked, tech blogs and news sites seize this opportunity without hesitation. This leads to a domino effect of bloggers and forums speculating about the eventual release of the device, and average consumers searching Google for the device to see what all the hype is about. Eventually, the company will officially unveil the new product, and the device will retake the headlines for a second time.

When an important piece of tech is leaked, it stays in the headlines for a much longer time and receives far more publicity.

Am I saying that I think “leaks” are just clever marketing schemes?

I believe many probably are, but I don’t have hard evidence to support such a claim. Yes, I’m cynical, but let’s be honest; any publicity is good publicity – even if that publicity is unofficial and speculative.

I’m always skeptical when coverage of a “leaked” product takes over tech news. Remember in 2010 when an Apple employee accidentally left his prototype iPhone 4 at a San Francisco bar a few months before the phone was officially announced? What a crazy story!

And then remember in 2011 when an Apple employee accidentally left his prototype iPhone 5 in a San Francisco bar a month before the phone was officially announced? What a familiar-sounding and crazy story! Since Apple is known for its secrecy, one would have expected the company to make its field testers reread the “don’t-leave-your-prototype-phone-that-hasn’t-been-officially-announced-at-a-bar-you-damn-moron clause” in their contracts.

Apple reacted pretty angrily to Gizmodo’s tearing apart of the lost iPhone 4, so that incident may have actually been a drunken accident. However, beyond the news that Apple had lost an iPhone 5, no prototype device ever revealed itself, leading a number of people to say that it was just a clever publicity stunt attempting to mimic the previous year’s incident. The lost iPhone 5 never materialized online, but that didn’t stop consumers everywhere from searching Google for news about the lost prototype. I remember searching for news about the incident and watching speculative YouTube videos, and I’ve never even considered buying an iPhone.

Could Samsung’s slow leak of information be an attempt at copying Apple’s barroom success?

Even HTC had trouble with leaks of its HTC One M8 prior to its recent release. Either these companies see the benefit of building hype through leaked information, it is truly impossible to keep things secret nowadays, or some third party is taking us all for a ride with fake leaks.

Maybe I’m wrong, and next-gen devices are just more likely to be leaked as their official announcement/release date approaches. But is it really such a stretch to believe that the giants of the tech industry who thrive on innovation have found a way to build the hype of their products without spending a penny on official marketing campaigns?

So what does the Wu-Tang Clan have to do with any of this?

The Wu-Tang Clan is on the opposite end of the spectrum, as they are desperately trying to avoid a leak of their upcoming project. As I mentioned earlier, the Wu-Tang Clan is planning on releasing an album that they’ve been secretly creating for years. However, they’re only creating a single copy of the album.

The Wu-Tang Clan intends to treat the album like a work of art instead of another $12.99 iTunes purchase. To hear it, you’ll have to pay $30-50 for a museum-like experience when the album tours the country. After the album’s tour, one lucky individual will be able to purchase the lone copy of the album for a price that’s likely to be in the millions.

The lone copy of the album could be purchased by an individual, or by a company that seeks to mass-produce it for traditional sales or boost their own image (like Samsung did with Jay-Z’s last album). The fact that the album won’t be available anywhere will create an incredible hype around the group. If all goes as planned, the Wu-Tang Clan will have created a unique musical experience that will thrust them into the limelight and make them a solid profit.

But they shouldn’t start counting their money yet. Anything less than outstanding reviews from audiences and critics could very easily keep fans away from their $30-50 experience, and lower the value of the lone copy.

Their experiment will crash and burn if a single digital copy manages to escape their grasp before the lone copy has been auctioned off. If a single copy of the album leaks, then the album will explode across the Internet, and won’t disappear even if the Wu-Tang Clan hires a small army of lawyers to write subpoenas around the clock.

Despite the fact that they’re only creating a single copy, I’d bet the farm that their album exists in digital form on one, if not all, of the group members’ computers. This isn’t Johnny Cash and his band recording live in a studio in the ’50s; this is 2014, when all kinds of layering and digital production take place on computers. The music probably exists somewhere, and if it does, then it’s not safe from being leaked. I’d be surprised if there wasn’t already at least one hacker who sees himself as a present-day Robin Hood attempting to break into the Wu-Tang Clan’s personal computers. Only time will tell if the Wu-Tang Clan’s gamble against the leaky “series of tubes” that is the Internet will pay off.

The modern world is a strange place.

On one hand, we have titans of the tech industry who can’t seem to keep their products under wraps, and benefit from the publicity generated by their employees’ inability to hold onto their prototype devices at tequila bars. On the other hand, we have musicians who are deliberately rejecting the ubiquitous reach of the Internet, and experimenting with an idea that would force their fans to seek them out while paying more for less.

Remember the days when companies tried to keep their secret products secret, and musicians wanted their music to be heard by as many people as possible? 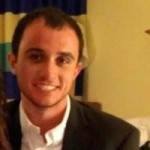 Ryan Kane is a Senior at Duke University and a Brand Ambassador for Snaps, a social media startup. He's currently searching for post-graduation employment in the tech industry, and plans on working in the world of apps and social media. Check out his LinkedIn to learn more about him or follow him on Twitter to keep up with his musings on the latest news in technology.