Last week was the 15th anniversary for Inman News’ Real Estate Connect Conference. I’m a little flustered to admit I’ve never attended one until this time in New York City. It’s a little ironic that I jetted across the country 3000 miles to my first Inman News event when they actually are based right in my back yard in the San Francisco Bay Area. Mind you, I arrived to the conference in a sour mood.

I boarded the plane in sunny California & disembarked in a 15 degree blizzard in the Big Apple! Wailing “California Girls/We’re unforgettable/Daisy Dukes, bikinis on top” as I dragged my frozen self into the Times Square Marriot Marquis did not help warm me up at all. This conference better be worth getting frost bite!

I’m happy to report for the most part, it was! Tim Smith’s (CEO of Inman News) welcome letter stated, “Brad Inman saw the need to connect real estate professionals with the emerging technologies that could help them not only prosper, but succeed… Connect became the place to network with other professionals, and to hear first hand from technology’s brightest minds…”

They indeed lived up to their promise. So, instead of re-hashing (pun intended) all the cool gadgets & trends from the conference, I’m going to go out on a ledge & make eensie-weensie observations which I hope will be taken to heart by the powers that be.

Watching some of the industry giants put the paying customers to sleep, I realized that dominating a boardroom is not the same as captivating a live audience. Totally different skill set! By default, a fancy VP title does not a good speaker make. You have to pop! Some were great, and some were just plain bad.

But Chris Smith killed it. When he kicked off Agent Reboot (or Re-booty, as I like to call it), he was merely enumerating apps & websites. Nothing fantastical. But it was the way he presented it, with personality, cadence, pacing, inflection. He engaged the audience. He put on a show! It is still a stage, after all. Many of us attendees commiserated that we’d prefer to see more truly dynamic speakers than highfalutin execs on Valium.

It’s about creating a narrative arc. During his presentation Adam Hirsh, COO of Mashable, explained the power of telling a story through social media. The same applies to public speaking and putting on a conference. Content must be contextualized. The most impactful speakers were those who shared their personal stories against the backdrop of real estate.

As an side note, for an industry where many women make more than their male counterparts, I couldn’t help but notice a gender gap. Despite the fact women make up a large portion of the industry, their presence is markedly absent in the upper echelons…which is why it was so exhilarating to see some girl power at the podium. Sherry Chris, CEO of Better Homes & Gardens Real Estate and Dottie Herman (no relation…I wish), CEO of Prudential Douglas Elliman took the stage by storm.

During the Tweet Up, many of us gals (and some boys) said it was inspiring to witness female powerhouses represent! The real estate industry as a whole is very eclectic; seeing a little diversity meant so much for us plebeians.

I hope I haven’t ruffled too many feathers here. But hey, whenever someone ruffles my feathers, I turn it into a positive and make a boa. Assuming Inman hasn’t banned me yet, I’ll see you all at the Real Estate Connect in San Francisco this summer… with daisy dukes and bikini on top. 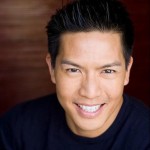