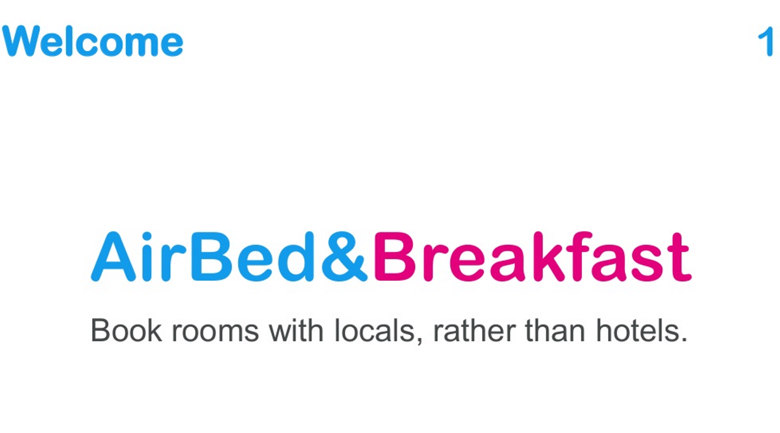 It doesn’t matter how great you think your idea is. If you want it to go big, what does matter is how well you can convey the concept to others by answering the question: How does your idea plan to fill a gap in the existing market?

Through a solid pitch, these five tech startups convinced – or attempted to convince – potential investors that their ideas could grow popular, and thus become profitable. Now billion-dollar companies, let’s take a blast to the past to see where they went right.

With AirBnB, you may find yourself spending a couple of days living in a tree house in Portland or renting a room in a villa in Spain. The app prides itself on offering unique experiences that help travelers experience a new city by living in the homes of locals.

In its early pitch, AirBnB (originally AirBed&Breakfast) noted the problem, or gap, in the market: Hotels “leave you disconnected from the city and the culture” and there was no easy way for people looking to rent cheap accommodation to get connected to those looking to provide it. The company’s solution was to build a mobile platform to “save money, make money and share culture.”

AirBnB has the most unique origin story of these five companies. Since original investors were skeptical that a blow-up air mattress business (how the startup originally presented itself) could work, the founders turned to creative means to fund their idea.

Check out all of the pitch decks here.

What initially started as a global cloud-based hosting service for all applications specified its focus to digital advertising. Its global angle worked; headquartered in New York, the company has offices in North America, Latin America, Europe, Asia and Australia.

On the first slide of its pitch deck, Buzzfeed included a quote from CNN: “We looked at Buzzfeed and saw the future.” On a later slide, Buzzfeed describes its potential to become “the most advanced network-aware, social media-aware system for publishing content,” a sort of YouTube or Wikipedia for viral content.

Now bringing in over 200 million unique views per month, these predications rang true.

LinkedIn listed this problem in its pitch: “There is no effective, trusted way for professionals to find and transact with each other online.”

In a pitch that was released to the public in 2010 through a court case, the company’s purpose was clearly stated: To become the primary outlet of user-generated content on the Internet, and to allow anyone to upload, share, and browse this content.” The problem YouTube listed was how difficult it was to share video due to size (too large to email and too large to host on most websites) and a lack of format standardization.

The company’s goal was to create a community where videos became interconnected among Internet users, instead of wasting away as individual files on persona computers.