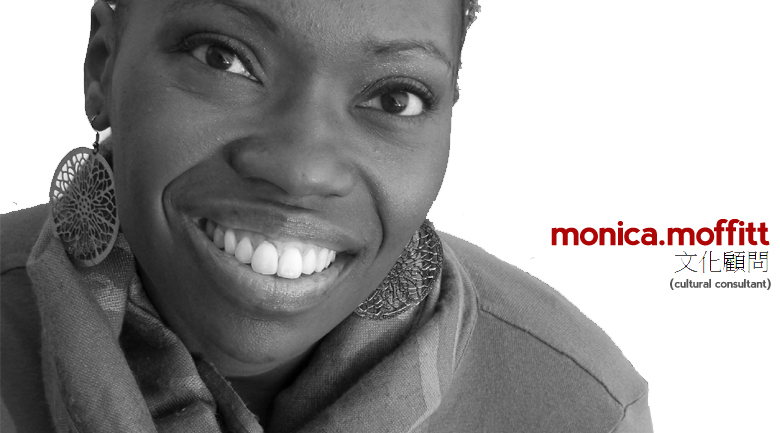 When you first meet Monica Moffitt, you can’t miss her smile, it is brilliant and sincere, and it lights up any room, so when this tall, young, African American gal shakes your hand and hands you a business card, the contradiction that is Moffitt becomes immediately evident, as her Texan smile contrasts the Chinese characters all over her card. She’s used to the curiosity, and I could tell she almost enjoyed it when I looked up from her card to her face. I was immediately fascinated.

Moffitt is the founder of Tianfen Consulting, a cultural consultancy which separates itself from other consultancies by being more than just an HR branch for Western companies trying to branch out into the East and vice versa, no, the team handles general management, human resources, marketing and general business, emphasizing the nuance of the human to human business interactions.

Her company helps small to medium businesses into the Asian and American markets, and helps them to understand everything from how to hold a meetings, professional protocol, and entry routes. Moffitt is one of perhaps 100 people in America that works in an extremely tiny specialized niche, helping high net worth individuals in Asia to take advantage of the EB-5 visa for immigrant investors which is a method of obtaining a green card for investing at least $1,000,000 in America, creating at least 10 jobs.

What most Americans don’t know about the Chinese

Moffitt says that there are two primary traits of the Chinese people that most Americans are not aware of. First, she says that they really do understand American culture, and the majority will speak English to you on the street, and will often ask you your thoughts on current American politics.

She notes they are the “friendliest people on the planet,” which she says confidently, having traveled all around the globe, visiting nearly every continent. “It’s like southern hospitality times one thousand. If you are lost and ask someone on the street where to go, even if they’re late for work, they will physically walk you there themselves.”

When she lived in China for the first time and told people she was from Texas, she said with a chuckle that they always ask two things – “do you like Bush, and do you know Yao Ming?”

Moffitt confessed that like most Americans, when she first visited China, she had a preconceived notion that she would be a giant and would be the only black person, but she was surprised to find that she didn’t stand out the way she had feared, as there is quite a large African population in China, which is where people often assumed she was from.

From business analyst to entrepreneur

If you’re not already intrigued by Moffitt, there’s more – her background reads like an Aaron Sorkin movie about an Ivy Leaguer who followed her dreams. Her mother was fascinated with Japanese art, and gave Moffitt a Japanese middle name, so her affinity for Asian cultures started at an early age. Although she consults on all Eastern nations, she speaks most frequently about China, and she narrowed down her affinity when her best friend dared her in high school to dump Latin classes and take Chinese, to which she said, “I will if you will.” Her friend dropped it, but Moffit just kept going with her studies.

After graduating from a prestigious private school in Dallas, Moffitt sought to be a neurosurgeon and “save the world,” adding “that was always the plan.” She went off to Vanderbilt and began studying to become a neurosurgeon, but she continued pursuing her Eastern Asian studies. When she flirted with the idea of dropping neurosurgery, her father was conflicted, and her mother encouraged her to follow her heart.

So she finished Vanderbilt with a BA in East Asian Studies and Chinese, moved to China, and at age 21 began teaching at a University where the students were all a year or two older than her. Due to a family illness, Moffitt moved back to Texas and took what she intended to be a short term job before she left for China once again, but she spent six years excelling at an international IT firm as a business analyst for global software. Her mentor at the IT firm mentioned to her that the company offered tuition reimbursement, so Moffitt enthusiastically asked if she could get her PhD in Chinese Literature, but was met with a stern “no,” so she settled for pursuing her MBA from the University of Texas at Dallas.

Moffitt discovered that UTD had a very specific program, International Management, which differs from the standard International Business programs, in that it focused on the people side of the business, and human organization development. She finally found a way to combine her psychology and neurosurgery background (the human side) with her cultural and language studies (the cultural side) in the form of a MBA (the business side) to specialize in marketing and consumer behavior across international boundaries.

With her MBA in hand, Moffitt left the corporate world and launched her consulting firm, and as she handles Eastern nations, and one of her partners handles Latin America, the firm has an impressive global footprint, all because of a high school dare and an offer for tuition reimbursement.

In this article:Entrepreneurialism, entrepreneurship, international culture