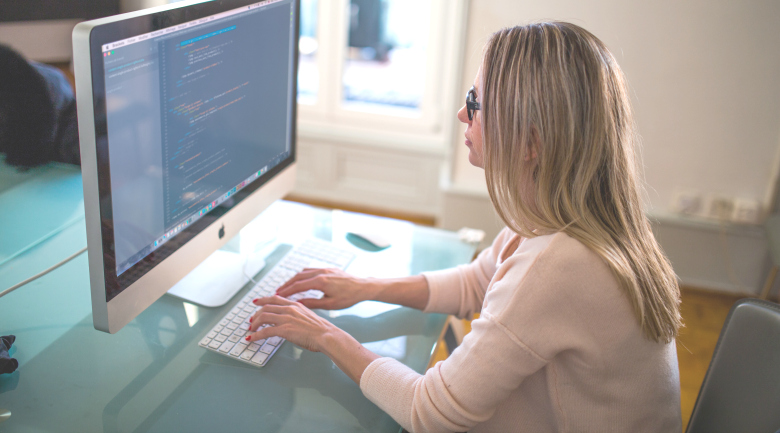 Unless you’ve been hiding under a rock, you’ve probably heard the term “lean in.” Maybe you’ve even been invited to a local Lean In Circle. Thanks to Facebook COO Sheryl Sandberg’s 2013 mega hit book Lean In, the phrase is as common to women’s empowerment conversations as any overplayed Beyonce anthem.

More than a book

In fact, the book has spawned its own popular movement complete with campaigns and celebrity backing. Take a look at leanin.org and you’ll find an impressive list of over 90 partners from ESPN to American Express. However, not everyone is buying the popular “lean in” mantra. I can’t put my finger on any one counter-movement. Like a Facebook relationship status, critiques can get complicated, as critics try to re-focus and expand on the book’s hallmark goals.

“Being confident and believing in your own self-worth is necessary to achieving your potential.” – Sheryl Sandberg

In Lean In, Sandberg’s clearest call to action is on the individual level. Women need to be more self-confident. This means not apologizing for success and stepping up to challenges. Let’s be clear, Sandberg does encourage women supporting other women. Plus, Sandberg’s all for mentorship. However, her plan to increase female leadership is based mainly on an individual call to self-confidence.

Some critics see a more team-oriented, collaborative solution. Xero Americas president Keri Gohman agrees with Sandberg’s plea for self-confidence, but also stresses the importance of a support system within the workplace. “This sense of support will stem from building high-functioning teams around you comprised of the best talent” Gohman says in a recent Fortune interview.

Women’s Startup Lab Founder & CEO Ari Horie shares the same sentiment. In a 2014 Huffington Post blog Horie writes “Sheryl Sandberg told business women to “lean in,” but it’s also important to remember that success in business has more to it than pushing yourself, but it’s about how you leverage opportunities, your skill set and your community.” She goes on to describe the Hito Rule. The Hito Rule, inspired by the Japanese character for “human” also encourages collaboration over simply “leaning in” as an individual.

Besides leaning on each other, there’s also a growing call for women to lean back. No, I don’t mean kicking back on the futon with a bag of Hot Cheetos all day watching Shark Tank reruns.

Leaning back is about not saying “yes” to everything.

It’s about being a leader by modeling a rested, balanced lifestyle over a frantic work-dominated life. Arianna Huffington has led the charge when it comes to leaning back. For her, it’s not just about more women entering the boardroom. “The new metric of success is well-being” says Huffington in a 2013 Forbes interview.

Some of Sandberg’s loudest critics oppose her book for ignoring the greater policy issues that hinder progress. Lack of paid maternity leave and unequal pay top the list of concerns critics cite. Perhaps the focus on these political issues are even stronger today with a president some call sexist and misogynistic.

In this article:Lean In, The News, women empowerment, workplace strategy