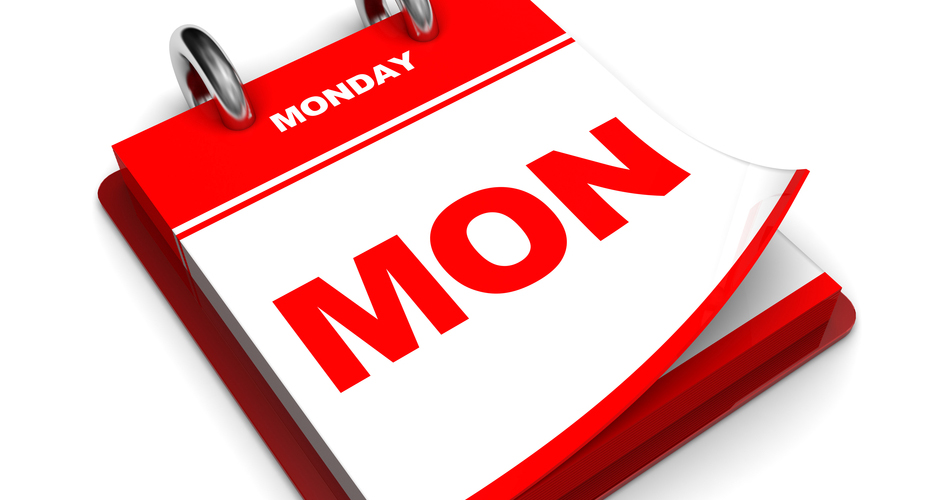 Monday is always seen as the reviled day of the week. Transitioning from a fun weekend with friends into work mode can be really depressing (and even more so if you’re coming back from an extended holiday break). But even though this informal general consensus exists, research shows that workers who are actively engaged with their job are less likely to report being in the doldrums on a Monday and more easily make the transition back into the work week.

Results from a Gallup poll show engaged workers “feel nearly as good on the weekdays as they do on weekend.” Their overall demeanor at work is also more upbeat, as many respondents who identified as “engaged” were just as likely to report smiling and happiness on a Monday as they would during the weekend. These workers are more likely to eagerly contribute in team meetings and group efforts because they find there is being used purposefully. Disengaged workers are less likely to report these emotions, on the contrary likely reporting higher experiences of anger during the work week. Why is there such a disparity between these two groups?

Mondays suck most for people with no emotional connection to work

This disparity isn’t just an admonishment that you should be more like the chipper marketing director across the hall. The continuous mood shifts that disengaged workers feel as they make their way back into the office on Mondays can be detrimental if it takes place for a prolonged period of time. The variance has bad effects both psychologically and physically – in the form of poor diet and stress-induced heart complications, and can take a toll on your health.

Employers should increase efforts to engage employees at work in ways that will bring value to the company and in the hours that person is at work. Heading back to the office after a weekend of fun won’t be as enjoyable as heading to dinner with friends, but having a more positive, emotionally stable transition from weekend to week day increases the odds that staff will perform at their best.