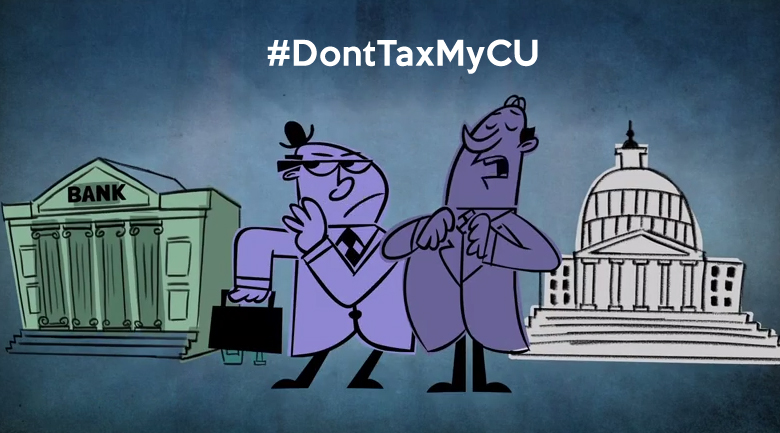 The Credit Union National Association (CUNA) has released a “Don’t Tax My Credit Union” advocacy campaign, offering materials for individual credit unions to send to members which prompt people to not only watch the following video, but to send a form letter on DontTaxMyCreditUnion.org to ensure Congress doesn’t raise taxes on 96 million credit union members which would mean higher loan rates, higher fees, and less support in the community:

In response to the Credit Union Tax being included for Senate consideration in June, long after Baucus’ comments, CUNA President and CEO, Bill Cheney said, “As CUNA has been saying for some time, our tax exemption, and its preservation for the long-term, is actively in the mix of discussion on Capitol Hill, as this options paper clearly shows.”

Cheney also noted that as not-for-profit cooperatives, credit unions return billions of dollars in benefits to consumers each year that far exceed any potential tax revenue.

National Association of Federal Credit Unions’ (NAFCU) Vice President of Legislative Affairs Brad Thaler said the trade is close to tax reform discussions on Capitol Hill, and continues to hear that lawmakers are averse to tinkering with the credit union tax exemption.

Getting the community involved

Credit unions are now emailing members, urging them to reach out to lawmakers and to tweet using the #DontTaxMyCU hashtag. As of publication, every tweet we read was in support of the movement, with nothing being tweeted under the hashtag that is critical of the campaign or concept of preserving Credit Unions’ tax exempt status: