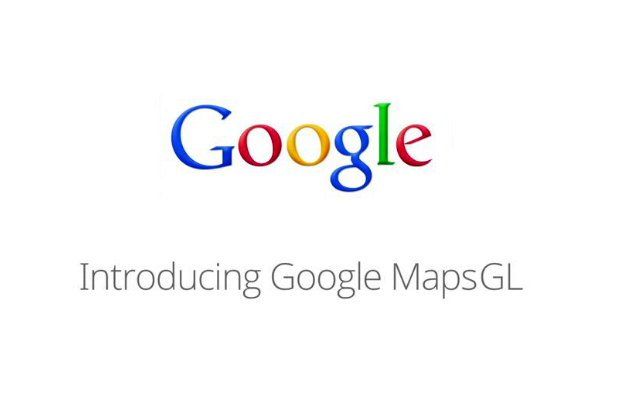 Google MapsGL uses technology called WebGL (Web-based Graphics Library) to give Google maps a major upgrade, bringing 3D graphics to your browser without having to install additional software, as opposed to other Google Maps upgrades that have required desktop downloads. Google says the new service allows them to “provide seamless transitions between various levels of imagery and different map views.” The new transitions and ease of use are a massive improvement over the standard Google Maps experience.

Google MapsGL are tricky in that they do require a modern video card which comes standard in newer computers but may not work on units older than 2009. Google says that “some low-end integrated GPUs (like the Intel GMA 3100 and 3150) are not compatible” and that “some users have reported having issues with the Intel HD 3000 video card.” MapsGL can be opted out of at any time if you experience any problems.

To get started using Google MapsGL, visit https://maps.google.com/gl and you will see the following image on the left side bar of your Google Maps page. If you do not see this image, your browser, operating system or video card may not be compatible. 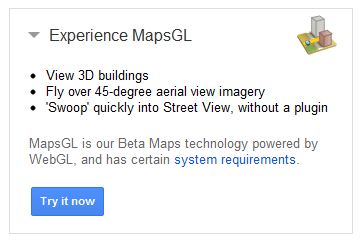