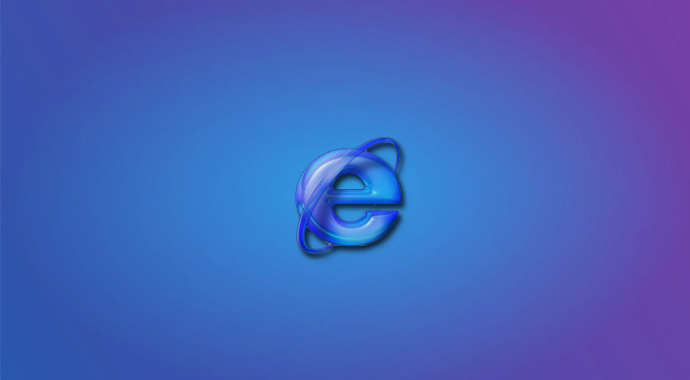 According to NetApplications, Internet Explorer is gaining ground in the heated browser wars. Microsoft points out that they now account for nearly half of Windows 7 users’ browsing use, measuring their core metric of Internet Explorer 9 (IE9) use.

The company notes that IE usage increased worldwide and saw gains of almost a full point globally for March, accounting for 53.8 percent of all browser use. The growth is impressive, but we would point out that it is strictly reported on Windows 7 users which is not the best metric for overall browser use, but is a measure nonetheless. 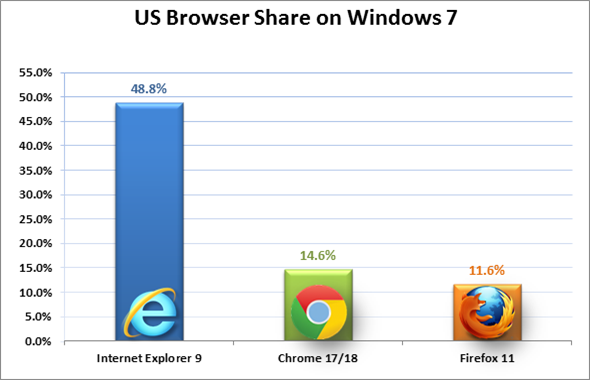 Why the growth could continue

Although there is a negative stigma attached to Internet Explorer as stuffy and outdated, and some tech startups have even opted out of supporting IE altogether, the newest version of IE has many taking note of Microsoft’s design trend. Where things stand right now is a stabilization in loss of market share.

When Windows 8 is released and Internet Explorer 10 is launched, the market share could grow substantially as the Microsoft’s “Metro” design language created for designing the Windows 7 phone interface crosses over into their operating system and browser. Reports point out that “Metro” is not just a design language, but a design standard and a “state of mind” for the entire company that is seeking to innovate after losing their edge for so many years.

Between the Metro look (seen below) and feel, and the fact that IE comes standard on so many PCs (and sales are up), the Windows 8 and IE10 release could go a long way toward shedding the stigma of their being outdated. What remains to be seen is what support apps and programs have for IE and if the trend of ignoring IE altogether continues, in favor of Chrome, Safari and Firefox.