Eric Chu, Director, Android Developer Ecosystem said in a statement, “To celebrate this milestone, we partnered with some of the Android developers who contributed to this milestone to make a bunch of great Android apps available at an amazing price. Starting today for the next 10 days, we’ll have a new set of awesome apps available each day for only 10 cents each. Today, we are starting with Asphalt 6 HD, Color & Draw for Kids, Endomondo Sports Tracker Pro, Fieldrunners HD, Great Little War Game, Minecraft, Paper Camera, Sketchbook Mobile, Soundhound Infinity & Swiftkey X.”

Google is known for the open nature of the Android Market and relies on developers to fill the market with useful apps, for which they are also known for being gracious and grateful about.

For the next ten days, Google is partnering with app developers to make various apps available for only a dime in the Android Market, come of which will be fun, others of which will be helpful for your business. 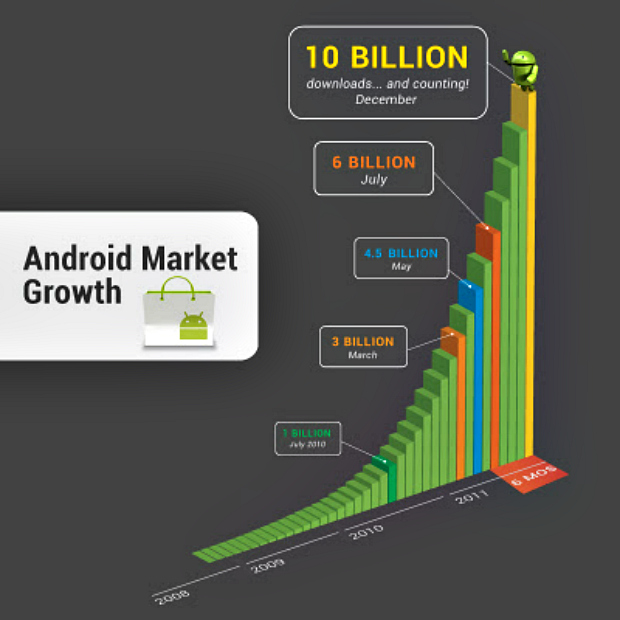