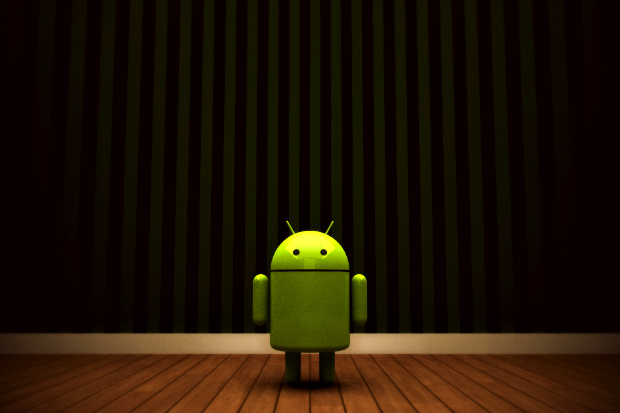 In the third quarter of 2011, comScore says Samsung is the top handset manufacturer, with an overall 25.3 percent market share, with Google Android devices accounting for nearly 45 percent of the smartphone market. Additionally, comScore’s study revealed that 40 percent of subscribers use browsers and applications; we suspect this number will rise dramatically in 2012.

Samsung dominates the market with 25.3 percent of all American mobile subscribers, followed by LG with 20.6 percent, Motorola at 13.8 percent and Apple now at 10.2 percent and gaining ground as RIM (BlackBerry) accounts for 7.1 percent of market share and falling.

According to comScore, 87.4 million people in the U.S. own smartphones as of the third quarter, rising 12 percent from the second quarter of 2011. Google Android easily ranks as the top smartphone platform with 44.8 percent market share followed by Apple with 27.4 percent of the markket. RIM accounts for 18.9 percent followed by Microsoft at 5.6 percent. One reason Android is dominating is that as opposed to Apple’s limited line of smartphones, Android comes stock on dozens of phones by various carriers now, lending to its rapid growth.

What are mobile users doing with their phones?

In the third quarter, 71.1 percent of Americans text message, 42.9 percent use browsers, and 42.5 percent downloaded applications; all three activities are on the rise. Also on the rise is accessing social media sites and blogs (31.5 percent) and playing games (28.8 percent) while listening to music (20.9 percent) rose slightly. 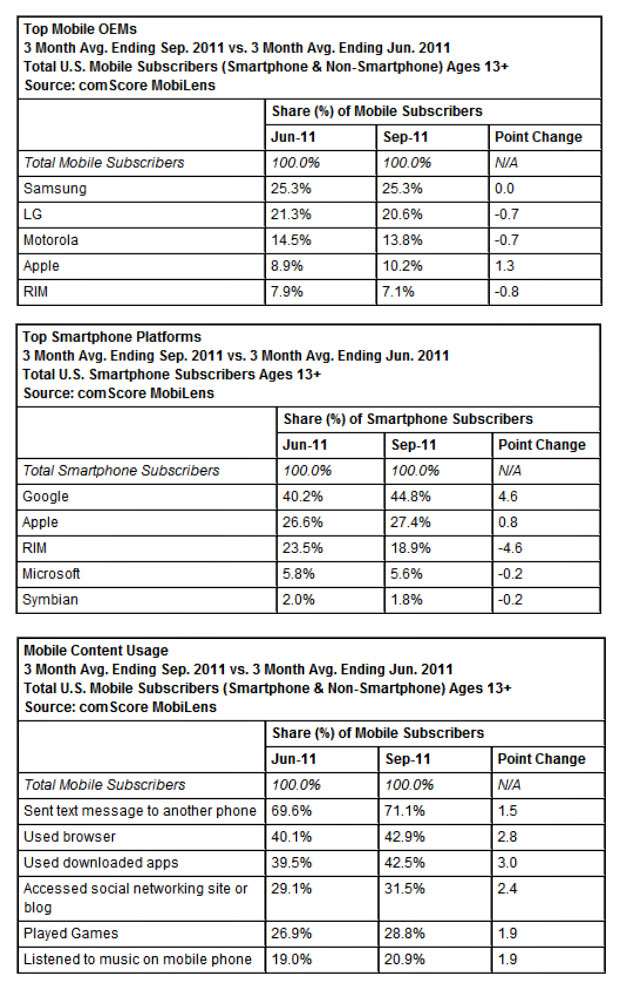 In this article:News, smartphones, Technology