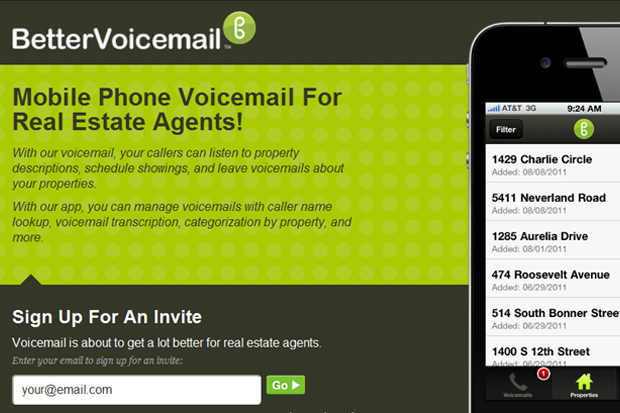 Prior to their beta launch, we introduced our readers to Better Voicemail, an iPhone app that not only transcribes voicemails (so they can be read in an agent’s palm rather than putting the phone up to their head in front of clients or while in the car), but offers visual indicator icons that tell the agent the number that called, which property they called about, and if they requested a tour. Obviously if a client requests a tour, they will be called back immediately, whereas someone who has general questions can be called when back at the office.

The technology allows for custom recordings from the agent to caller, but unlike competitors, agents don’t have to buy endless sign riders with endless specialized 800 numbers and complicated back end technology that requires messages be checked from a land line. One of the attractive qualities of this startup is that they offer a tool that relies on existing smartphone voicemail and gives prioritization which helps Realtors get to prospects faster without guess work.

The cost of missing a call

The National Association of Realtors says that 65% of all calls to Realtors go to voicemail and 80% of failed calls end up calling competitors – that adds up to major opportunity and financial losses. Better Voicemail seeks to end that problem and allow agents to multi-task better.

Their closed, invitation-only beta testing group has already handled over 1,000 calls through the system and feedback has been positive overall.

A Siri for Realtors?

Better Voicemail told AGBeat that their next step is to integrate the same voice recognition software that is rumored to power Siri (voice activated personal assistant system for iPhones) to not only improve voicemail transcriptions, but Co-Founder Steven Knapp tells us, “later usage could be to do away with the need for phone tree style prompts because we’ll be able to ask ‘What property are you calling about?’ ‘When would you like to schedule a showing?’”

Imagine if they were able to integrate your local MLS or IDX system in the future to answer house questions for a caller. This next step definitely appeals to our super geeky side and our imaginations have run wild envisioning what voice recognition software could do for real estate. Better Voicemail is opting not to dream about it, they are working to make it a reality. 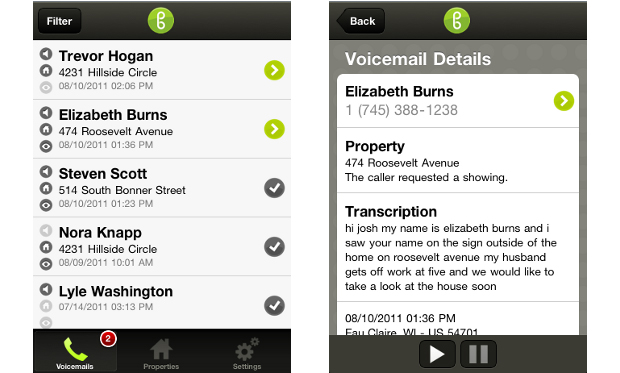 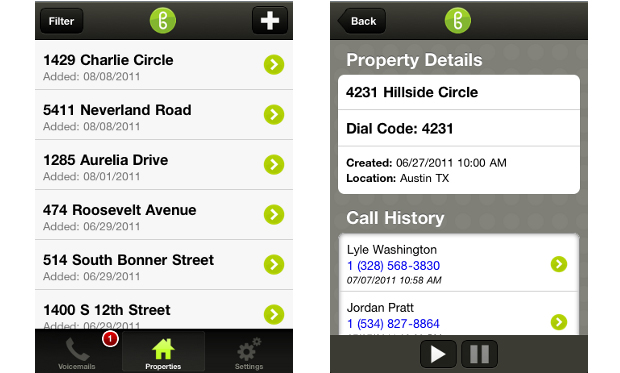