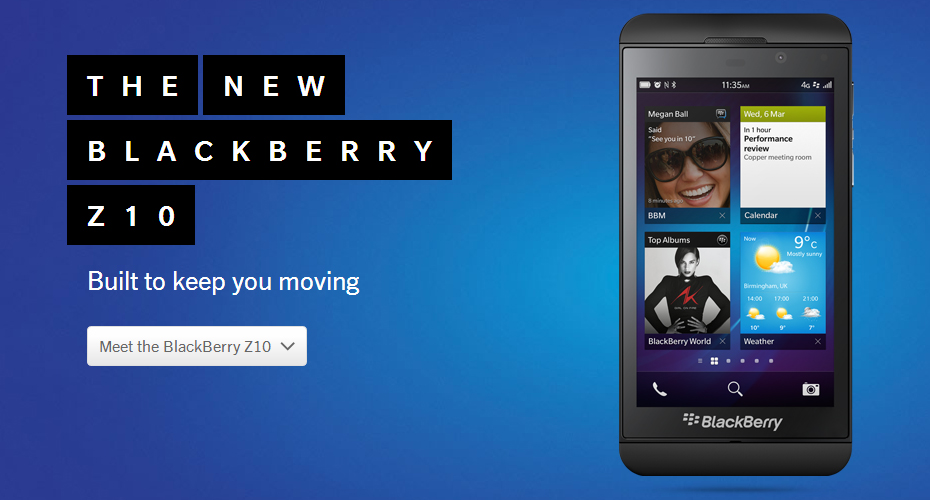 This week, Research in Motion (RIM) not only officially changed the name of the company to BlackBerry, they introduced the BlackBerry Z10 which by all counts is the company’s first legitimate competitor to Apple, Samsung, HTC, Nokia, and the big boys who have mastered smartphone technologies. The BlackBerry Z10 will run the BlackBerry 10 operating system, feature a 4.2 inch screen, has a 8-megapixel rear facing camera, 1.5Ghz dual-core Snapdragon S4 Plus processor, 2GB of RAM, 16GB of internal storage, a microSD card expansion slot, LTE/4G support, NFC, and a 1280×768 pixel display.

The BlackBerry Z10 will be available tomorrow in the UK, soon to hit America’s shores. Overall, its specs beat the Nokia Lumia but not the Droid DNA, and has analysts across the globe comparing it to other smartphone devices of all sorts, revealing that good or bad, the BlackBerry Z10 is definitely a competitor (otherwise, it would have been written off already like previous BlackBerry models). The conclusion is that the device is certainly not a killer of any competitor, but will make “CrackBerry” fans extremely happy and maintain their loyalty. 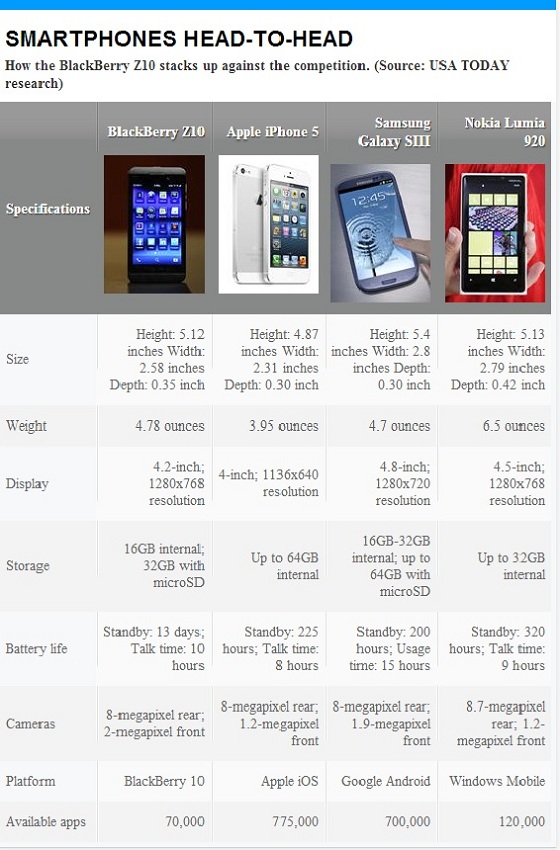 The good, the bad, the bottom line

The BlackBerry Z10 received a “Very Good,” 3.5 star rating from CNET Editors who summarize it best:

Joshua Topolsky offered an extremely in-depth hands on review of the BlackBerry Z10 on The Verge, concluding, “If you love RIM and the BlackBerry brand and really want to keep supporting them, buying a Z10 wouldn’t be a mistake. But I think there are better phones on the market, and I don’t yet see a compelling reason for most customers to choose this phone over those better ones.”

In this article:BlackBerry, smartphones, Technology