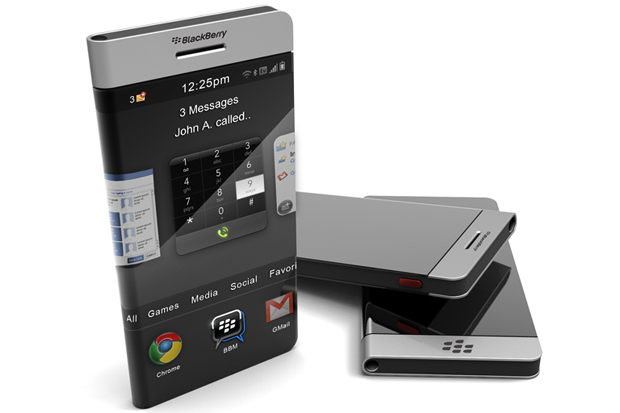 With a dwindling market share, it is no secret that in recent years, RIM/BlackBerry has lost its edge against Apple and Android devices and while devoted “crackberry” users will defend the BlackBerry to death, sexier smartphones with less expensive apps have eaten away at RIM’s dominance.

For this reason, designers rarely pay attention to BlackBerry, as it is more popular to design concepts for Android or Apple. Designer John Anstasiadis set out to serve the serious business users with a competitive and unique design that even BlackBerry agrees could breathe new life into the brand, so much so that they have requested him to further develop the design, a step that most concepts never make it to.

The concept uses new screen technology that is flexible, lightweight and transparent, and the phone features a “smart” wrap around screen which can tell the difference between an intentional command and a hand holding the phone. Genius!

Anstasiadis said, “The front and back cameras are positioned underneath the screens. When needed the area around the camera lens becomes transparent. The wrap around screen can allow for separate workspaces and/or a more three-dimensional interaction with the device. Obvious benefits apply to business, entertainment and navigation applications.”

The wrap around screen allows incorporation of soft-keys on the underside for navigation and even gaming – imagine controlling your phone from both sides! The design also features an asymmetrical shape so your hand knows the orientation of the phone without looking at it.

One hard button serves multiple functions, just as with the traditional BlackBerry, so the feel is not too far of a departure from the traditional device. What is fascinating, however, is the addition of artificial intelligence that can predict your finger’s intentions, so that when you press a button to launch an app on purpose, it can tell, as opposed to when you grab the device out of your pocket and hit a bunch of buttons just by touching the screen.

Not known for superior photos, that could all change with this BlackBerry concept wherein the front and back cameras are behind the screen and the actual screen lights up to act as the flash. We will be watching to see if BlackBerry takes Anstasiadis’ concept to market – they sure could use the buzz, energy and sales. 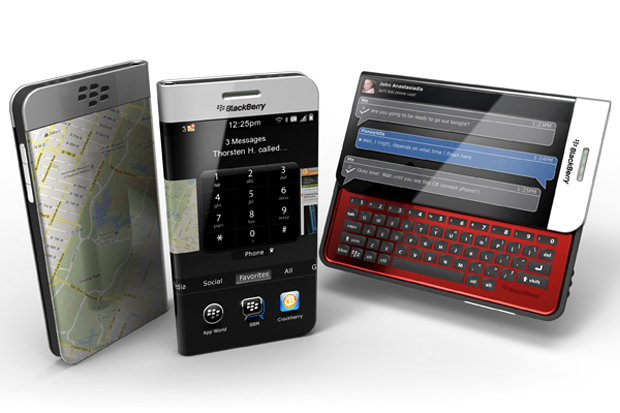 In this article:BlackBerry, gadgets, smartphones, Technology