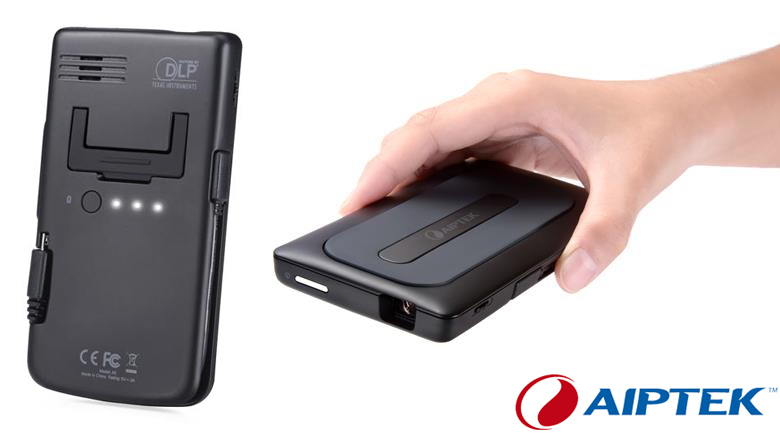 Turn your device into a projector on the go

German device manufacturers, Aiptek have introduced a series of projectors this fall that plug right into your iPhone, iPad, Android, or any laptop with an HDMI or MHL port. This gadget is more affordable than the traditional projectors on the market, and let’s face it, most of the time, your presentation exists in the cloud or is accessible by smartphone, tablet, or laptop anyhow, and there’s no need to lug around a large projector unless you’re organizing a conference or class.

Any multi-media content can be streamed onto any blank wall, immediately becoming not only a fun entertainment system, but a useful business tool for instant meetings anywhere. The device is easily connected via microUSB, or microHDMI and projects up to 60″ using the DLP chip which is what is used in cinema projectors to provide high contrast and high quality colors.

As a bonus, the internal battery on the device is so powerful, that they say it can be used to charge your smartphone on the go, giving it an edge over its competitors.

The device uses modern, energy-saving RGB LEDs for up to 20,000 hours lifetime, and offers 45-lumen brightness with 640 x 480 (VGA) pixels resolution. In other words, it’s high quality, and you don’t need any extra software to plug and play on any compatible device. 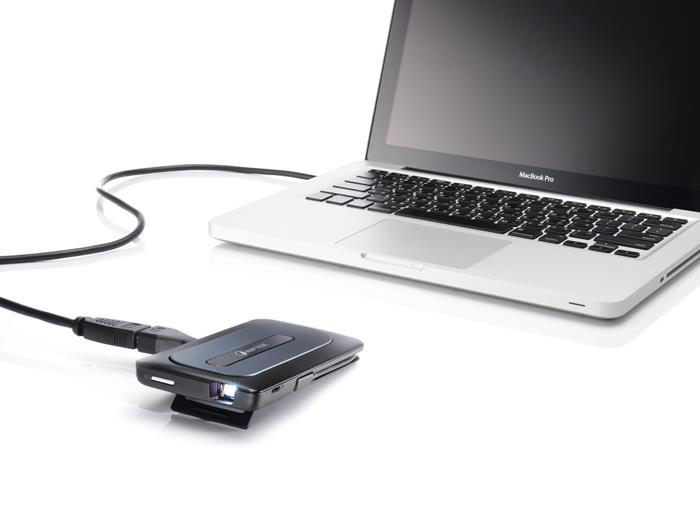 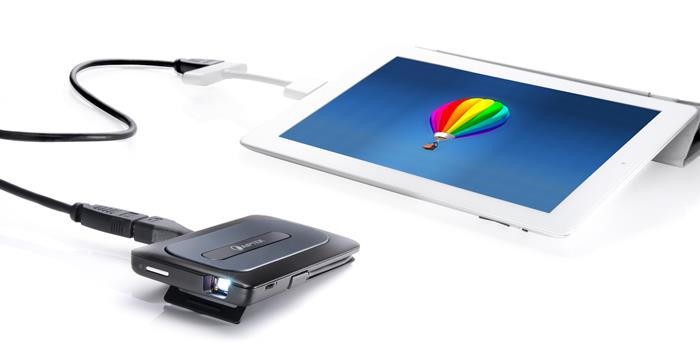 The devices can be purchased from Aiptek directly, or through Amazon in the UK. The device mentioned above is the “Aiptek A50P MobileCinema Pico Projector” which is their only model that works for Androids, so it is particularly useful to have around an office for use by multiple employees, but if it’s just for your personal use and you have an iPhone, there is a less expensive alternative that works only on iOS. The Aiptek 430034 MobileCinema i20 Pico Projector for iPhone 3GS/4/4S is roughly a third of the price and pops on to the end of modern iPhones for an instant projector with no wires (there is also an iPad-compliant alternative).