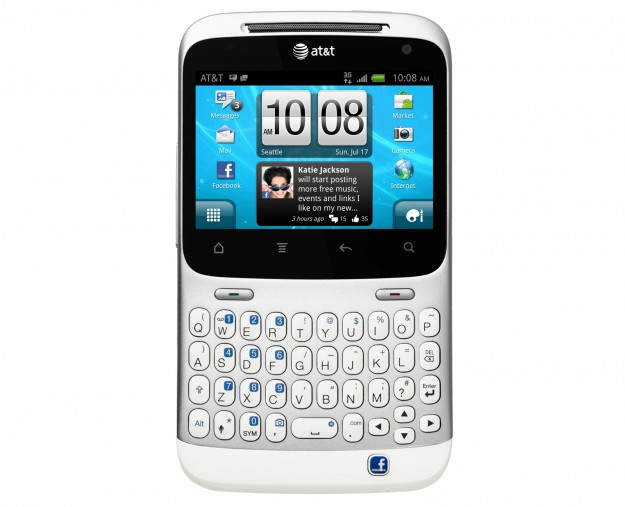 The latest rumor is that Facebook is in the early stages of developing an official phone in partnership with HTC and it is said to be called the “Buffy.” Yes, you heard me, the Buffy as in Buffy the Vampire Slayer as in a show that was on during Facebook founder, Mark Zuckerberg’s high school and college years. Coincidence?

Cnet says “If Facebook is smart, it’ll put this project down as quickly as possible” and CNN asks, “Why is Facebook making a phone that nobody wants?” pointing to an informal survey by All Things Digital that shows an overwhelming majority would not buy a phone created by Facebook. Critics point out that most smartphone users that are also devoted to social networks already use the native apps on their phones while others point to Facebook’s Big Brother mentality as it has a poor track record of proper handling of sensitive personal information of it’s users.

“Remember, there’s a quasi-Facebook phone already on the market,” writes Cnet’s Roger Cheng. “It’s called the HTC Status. The phone was a complete bust, despite AT&T’s efforts to push the first phone with an integrated Facebook key. While the advertising campaign could have been better–it highlighted objects in a disturbing glowing-blue color to emulate the glowing Facebook button at the bottom of the device–AT&T did, at least, promote the phone. After launching in July, the phone is now given away with a two-year contract.”

What has the response been?

With users attracted to the Android Market and the Apple App Store, we wonder what Facebook could put together that could supplant those, and if developers would even be willing to develop apps for a Facebook-centric store? Would consumers really give up their Google or Apple goodness to feed their Facebook addiction when they can just use Facebook on their existing phone? Facebook has the number of users to justify a Facebook phone, and the mobile use to boot, but would consumers give up the extensive functionality of other phones to switch? Maybe they won’t have to…

DigitalTrends.com reports that “Buffy is said to run on a modified version of Android tweaked by Facebook so that all of its services are deeply integrated into the phone. It is also said to support HTML5 as a platform for applications, which means you should be able to play all of your favorite Facebook games on the phone.”

Tech analysts and supporters aren’t favoring a Facebook phone, a sentiment which is best summarized in parody below: 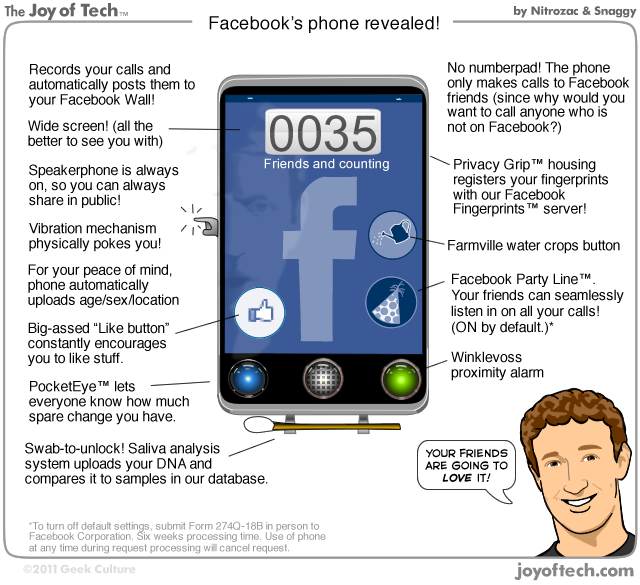