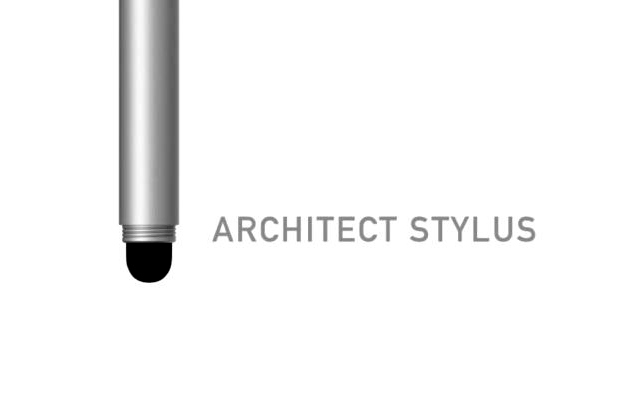 With the death of the phone-less PDA and the rise of the tablets, many said the stylus would never come back into style and that fingers would do everything a stylus once did, but many users are finding themselves limited on a tablet, especially designers, artists, or those working with details that are hand drawn. Additionally, handwriting and signatures fall short when using a finger, so Arctic Accessories designed the “Architect Stylus” to answer to all of these needs as well as those for touch screen smartphones.

The Architect Stylus is also helpful for women with long fingernails that have difficulties using their touch screen gadgets, and the stylus developers claim the stylus helps limit strain on fingers and wrists while using the iPad. Palms don’t obstruct the view when using this style as opposed to some competitors as it is built like a traditional pen with the feel of familiarity of a real pen. Using a rubber stylus also extends the life of a glass screen as fingers and fingernails can be tough on a screen. Not using your fingers also helps minimize oil buildup on screens which leads to bacterial growth, so stylus use is also more hygenic.

The Mont Blanc of the future?

“The day is coming when people are judged for their choice of stylus as much as they are for their favorite pen,” says YankoDesign.com. “The Architect Stylus is sort of like the Mont Blanc of the stylus world, only it doesn’t have the price tag and… your grandfather probably isn’t interested in owning one. The dual purpose cap protects the silicon tip and can also be tethered to a lanyard so the user can take it anywhere. An anodized, aircraft grade aluminum surface has a smooth, matte finish that gives it an appealing, tactile feel.”