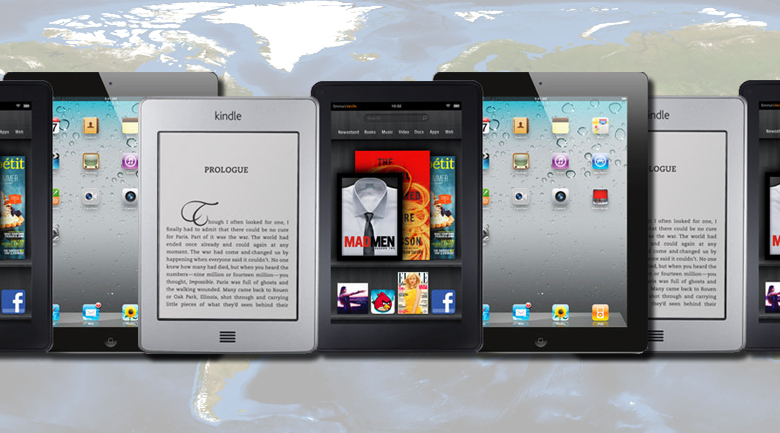 Tablets are taking over the world

Hop on a train in San Francisco, go to a conference in Atlanta, or enter a Starbucks in Boston, and you’ll inevitably see people using their tablets. It is becoming more and more common to see tablets over laptops, or even smartphones in some cities, as the popularity is rapidly increasing.

NPD DisplaySearch has studied this trend in their Quarterly Mobile PC Shipment and Forecast Report1, and assert that tablets like the iPad and Kindle Fire, will be the growth driver for the mobile PC market in upcoming years, forecasting that tablet shipments will surpass notebook shipments in 2016 – faster than some had predicted previously. 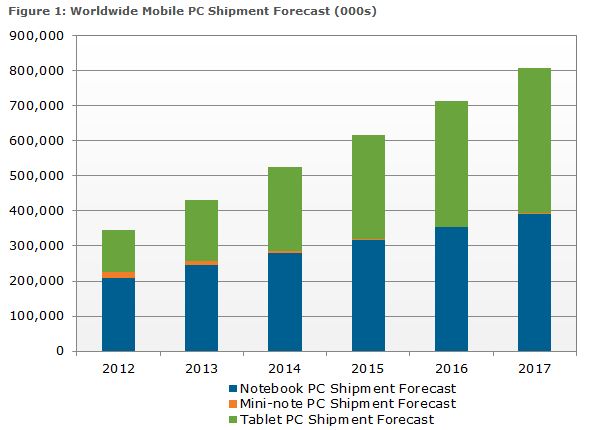 Why the massive growth?

NPD cites adoption in mature markets like Japan, North America, and Western Europe as the key driver for tablet PC growth, which they say will account for 66 percent of shipments in 2012 alone, and remain in the 60 percent range through 2016. The report adds that tablet PC shipments into mature markets will grow from 80M units in 2012 to 254M units by 2017. 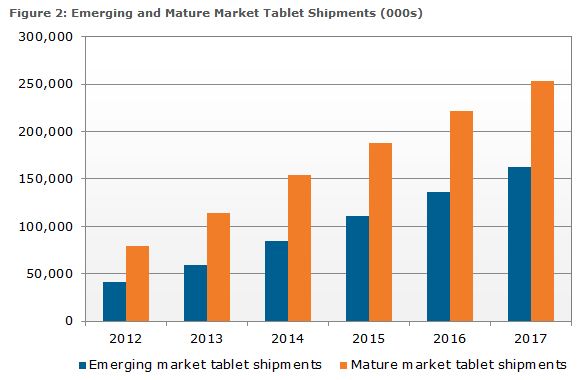 As a side effect, notebooks are evolving to retain market share by reducing their thickness, to adding touch functionality to screens. NPD says the notebook PC market will remain the largest part of the mobile PC market during the forecast period, accounting for 60 percent of mobile PC shipments in 2012, declining to 49 percent by 2017.