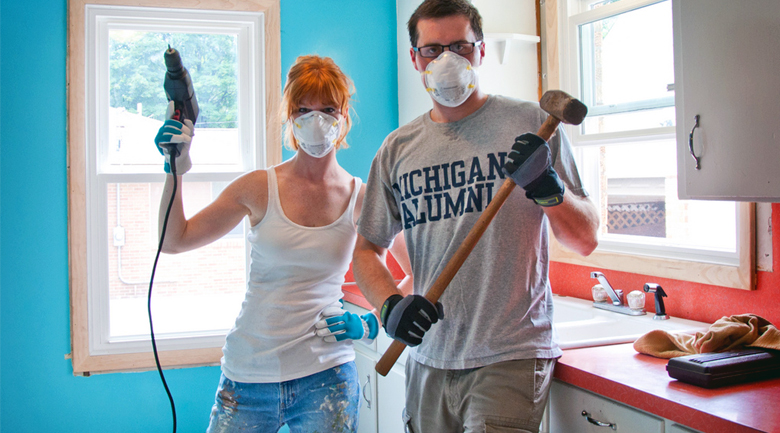 Home improvement projects in the works

According to the Zillow Digs Fall Home Improvement Trend and Spending Survey, 52 percent of homeowners plan to make a home improvement or addition this fall, with the majority continuing to focus on a home office or playroom.

Zillow says trends include double-duty homes offices with “menswear” colors and active playrooms for fall with a chalkboard paint wall.

Mara Miller of Carrier and Company Interiors Ltd. in New York City says: “As laptops and tablets become more popular we’re free to use more vintage furnishings than desks customized to contain a computer. For serious home offices, we’re also installing a lot of coffee bars to reduce trips to the kitchen and grazing while working from home.” 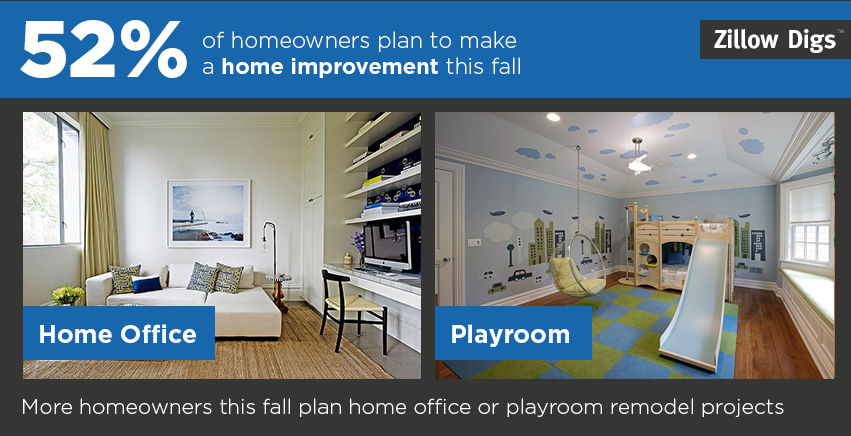 “Fall is a perfect transition time from outdoor to indoor activities, which is resonating in home improvement plans and trends. Parents are sprucing up indoor play areas to keep the kids active and occupied, while looking for ways to update their own workspaces for the season ahead as workdays are shortened by kid pick-up and drop-off duty,” noted Cynthia Nowak, Zillow Digs trend expert.

The Zillow survey revealed that homeowners plan to spend a median of $1,000, and while that sounds high, it is $200 less than during the summer when 60 percent of homeowners planned to make a home improvement or addition.

Younger homeowners and homes with children are significantly more likely to be planning a home improvement or addition this fall, similar to summer findings.

Zillow based this data on a survey of their Zillow Digs community which launched earlier this year as what we dubbed the Pinterest plus Houzz plus Tumblr for home improvement. Consumers have already contributed 70,000 photos to Zillow Digs, representing 450 percent growth since launch, and created more than 145,000 Zillow Digs boards.