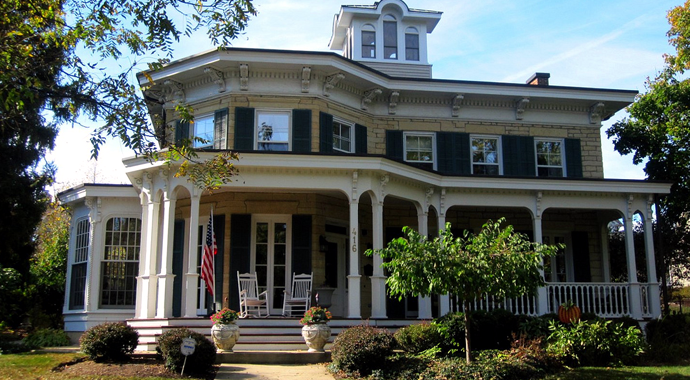 Sales down this moth, up over the year

After signs of improving, existing home sales (completed transactions) fell 0.9 percent in February from January, but remain 8.8 percent higher than February 2011, according to the National Association of Realtors (NAR).

Sales rose in the South and Midwest but were unable to pull up the national average due to declines in the West and Northeast.

Dr. Lawrence Yun, NAR chief economist, said that underlying factors are much better compared to one year ago. “The market is trending up unevenly, with record high consumer buying power and sustained job gains giving buyers the confidence they need to get into the market,” he said. “Although relatively unusual, there will be rising demand for both rental space and homeownership this year. The great suppression in household formation during the past four years was unsustainable, and a pent-up demand could burst forth from the improving economy.”

NAR President Moe Veissi noted that market conditions are improving. “Supply and demand have become more balanced in more markets, but with tight supply in the lower price ranges – particularly in the West. When markets are balanced, we normally see prices rise one to two percentage points above the rate of inflation, but foreclosures and short sales are holding back median prices.”

The national median existing-home price for all housing types was $156,600 in February, up 0.3 percent from February 2011. Falling 1.0 percent for the month and 5.0 percent over the year, distressed homes accounted for 34 percent of sales with 20 percent in foreclosure and 14 percent were short sales.

“The bottom line is investors and first-time buyers are competing for bargain-priced properties in much of the country, with home prices showing signs of stabilizing in many areas,” Veissi said. “People realize that homeownership is an investment in their future. Given an apparent over-correction in most areas, over the long term home prices have nowhere to go but up.”

First-time buyers accounted for 32 percent of transactions in February, down from 33 percent in January and 34 percent in February 2011. In recent years, first time buyer levels have fluctuated, but remained around one in three buyers in the market.

Total housing inventory at the end of February is at a 6.4 month supply, up 4.3 percent for the month. NAR notes that unsold inventory has trended down from a record 4.04 million in July 2007, and is 19.3 percent below a year ago.

“Falling visible and shadow inventory, combined with a dearth of new-home and apartment construction during the past three years, assure that rents will continue to rise, with likely home price increases in 2012,” Dr. Yun said.

NAR members continue to cite challenges, with 31 percent recording contract failures, 33 percent cancellations, and 18 percent experiencing delays, with only 51 percent of contracts settling on time in February. Reasons for failure continues to be appraisals coming in below the negotiated price as well as declined mortgage applications.

“Many buyers are staying in the market after experiencing a contract failure and making an offer on another property, showing their determination to take advantage of the favorable conditions, but the cancellations are contributing to an uneven sales pattern,” Dr. Yun said.

Existing home sales in the Midwest improved 1.0 percent in February and are 13.3 percent higher than February 2011. The median price in the Midwest was $120,500, which is 0.5 percent below a year ago. 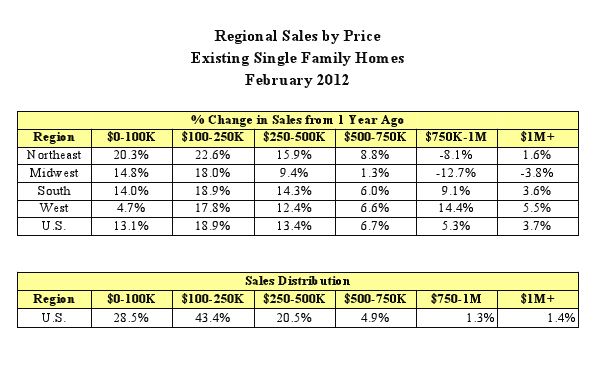