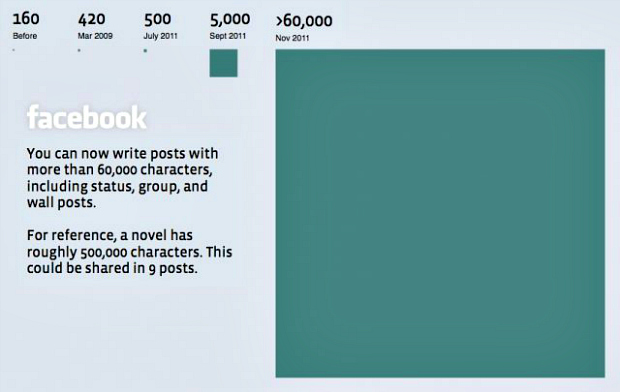 Although most people think this announcement is an effort to go head to head with Google+, it is highly possible that this is Facebook’s effort to allow full blog posting as they took away the RSS to notes feature, although Notes are still a feature and is the alternative to any status update longer than 60,000 characters.

Facebook has ramped up their efforts to compete with Google+ since the search giant’s social network launched this year, and we are seeing a lot of “me too” features from Facebook, even leaks that they are a Facebook phone called “Buffy,” but the company is also constantly under scrutiny for their chosen privacy policies and changing default settings, over which they recently settled with the Federal Trade Commission.

We anticipate there will be more one-upmanship at Facebook with the threat of Google+, but we should all be fair and consider that they pioneered many social networking features and iterations of their current features are inevitable. We only hope that the focus of all remain on the end user rather than on one-upping each other.