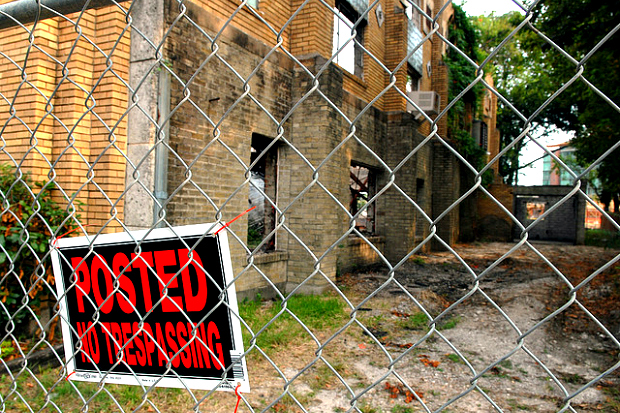 Squatters on the rise

Last year, Kenneth Robinson upset a Dallas neighborhood by walking into an abandoned $330,000 home, filing a paper for adverse posession with the county, and refusing to leave, saying he was the rightful owner, leaving police and officials powerless. Robinson became the face of adverse possession this year and our inboxes were flooded with consumers asking how they could walk into a luxury home abandoned by the owner under a now defunct bank. A former Florida mayoral candidate formed a non-profit organization to match people with vacant homes, and in North Carolina, a pair of men claimed religious sovereignty over a vacant home, presenting a deed to the home to officials.

The situations are confusing for most people, but in states where squatting for several years with the bank or original owner not claiming the home, they may actually get the home by simply paying property taxes during their stay, usually by filling out a simple piece of paper with the county and staying put.

Robert George Harris III was recently arrested for squatting in a home in Okaloosa County, according to the Northwest Florida Daily News, after he claimed ownership under state adverse possession laws. Harris said he found the abandoned home owned by Bank of America and because it was unlocked, he entered, paid to have the locks changed and stayed put for two months.

The problem for Harris is that adverse possession is more complicated than just showing up somewhere and saying “mine,” just as saying the word “bankruptcy” out loud does not constitute declaring bankruptcy.

In cases where adverse possessions are claimed properly in states that allow them, police officers are typically powerless to remove the resident, but in this case, Harris allegedly had no proof of ownership which is most commonly shown in the form of utilities in the new owner’s name. Adverse possession in Florida mandates a person occupy a property, keep it up to code and pay taxes on the property every year on time for seven years, and the home legally becomes theirs.

Purchasing locks was not enough to take adverse possession, and Harris was charged with burglary, larceny and fraud. This is not the last case we will see like this, as squatting (or adverse possession) is being done in various states by people who read a quick snippet about it online and rush off to find a vacant home without fully understanding the law, unfortunately landing themselves in jail.