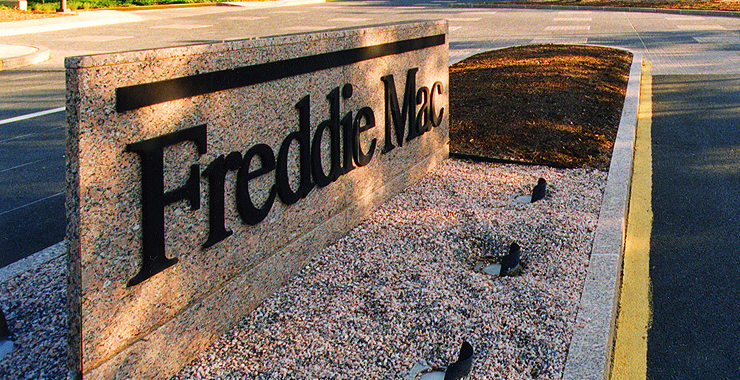 According to a new U.S. Securities and Exchange Commission (SEC) filing, mortgage giant, Freddie Mac plans to ask the U.S. Treasury Department for another $19 million in aid after their first quarter profit of $577 million left a $19 million deficit, failing to offset a dividend payment owed on the U.S. government’s nearly 80 percent stake.

The SEC filing shows the company had a total income of $1.79 billion before accounting for the $1.81 billion payment on the Treasury’s stake.

“In the first quarter, Freddie Mac sharpened its focus on building value for the industry, homeowners and taxpayers by aligning its resources and internal business plans to meet the goals and objectives laid out in our new Conservatorship Scorecard and Strategic Plan,” Chief Executive Officer Charles E. Haldeman Jr. said in a statement1.

Haldeman added, “Today, we are executing against that plan, working with our regulator to build a new infrastructure for the housing finance system and establish a path for shifting risk to private investors. These steps will ultimately reduce the size of the government’s role in the market, and complement the work we’ve already started to streamline the company.”

Portrait of a mortgage giant

Freddie Mac, along with Fannie Mae were seized by the government in 2008 as foreclosures plagued the two, and now combined, they own or guarantee nearly half of all loans in America, and continue to be sustained by the Treasury Department, which under the current administration, was not limited by a dollar amount, which is why they are able to continue requesting funds.

Freddie Mac reported a $619 million profit for the fourth quarter of last year, and a full-year net loss of $5.3 billion for 2011. The company reports $114 billion provided of liquidity to the mortgage market for the first quarter, aiding over 577,000 Americans. This included $89 billion in single-family refinances, which Freddie says resulted in $1.4 billion in aggregate annual interest savings for over 416,000 borrowers. Additionally, Freddie says they helped over 40,000 borrowers avoid foreclosure in the first quarter.