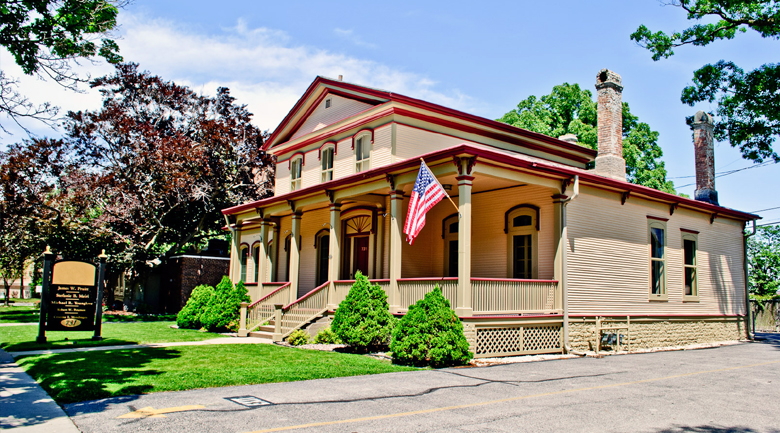 Racine, WI was added to the improving markets list this month. Photo courtesy of Racine resident, "JonnyFixedGear" on Flickr.

Racine, WI was added to the improving markets list this month. Photo courtesy of Racine resident, “JonnyFixedGear” on Flickr.

According to the National Association of Home Builders/First American Improving Markets Index (IMI) for February, the number of improving housing markets rose for the sixth consecutive month, adding 17 markets to the list after a stellar reading in January, marking the first month since its 2012 index debut to see all 50 states represented.

The IMI identifies metro areas that have shown improvement from their respective troughs in housing permits, employment and house prices for at least six consecutive months. A total of 20 new metros were added to the list and three were dropped from it this month. Newly added metros include locations such as Rome, GA; Fort Wayne, IN; Myrtle Beach, SC; Albuquerque, NM; and Racine, WI.

“The fact that all 50 states now have at least one metro on the improving list shows that the housing recovery has substantial momentum and continues to expand from one market to the next,” said 2013 NAHB Chairman Rick Judson.

Judson added, “Of course, there is still much room for improvement in metros that have not yet been listed as well as those that have, and we know that a key factor slowing this progress is today’s overly stringent mortgage standards that are keeping qualified buyers on the sidelines.”

“Just over 70 percent of the 361 metros covered by the IMI are listed as improving this month,” said NAHB Chief Economist, Dr. David Crowe. “That’s a far cry from when we initiated this index with just 12 improving metros in September of 2011 for the purpose of highlighting places that didn’t fit the mold of the national headlines. Today, the story is about how widespread the recovery has become as conditions steadily improve in markets nationwide.” 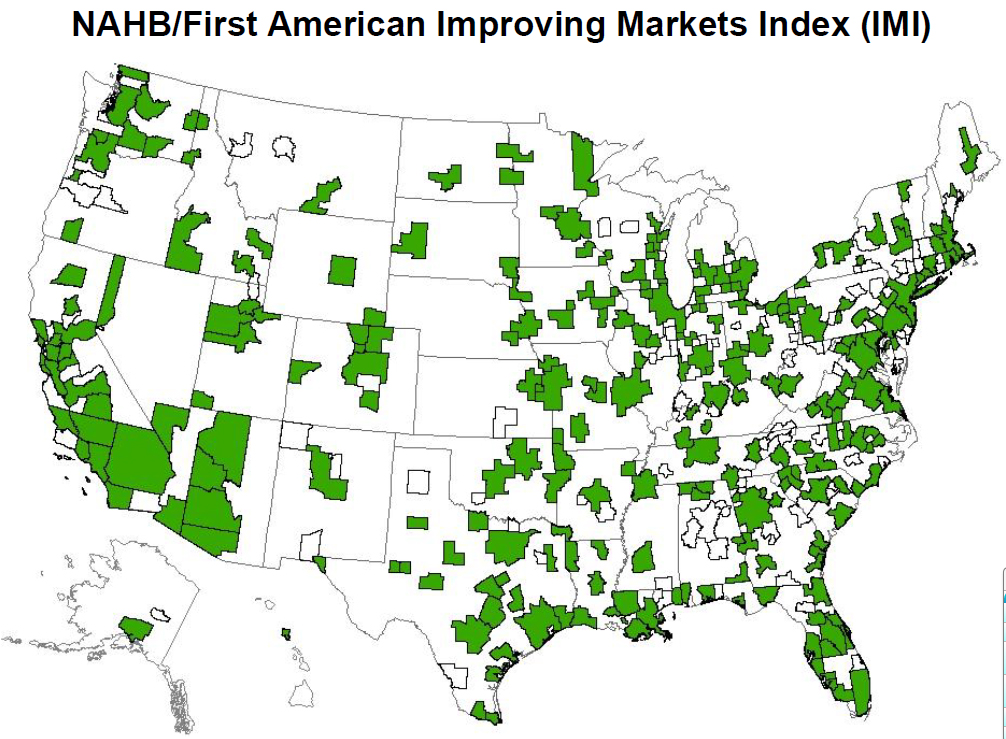