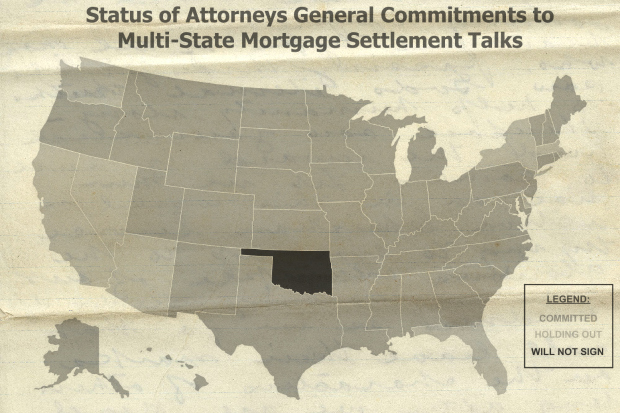 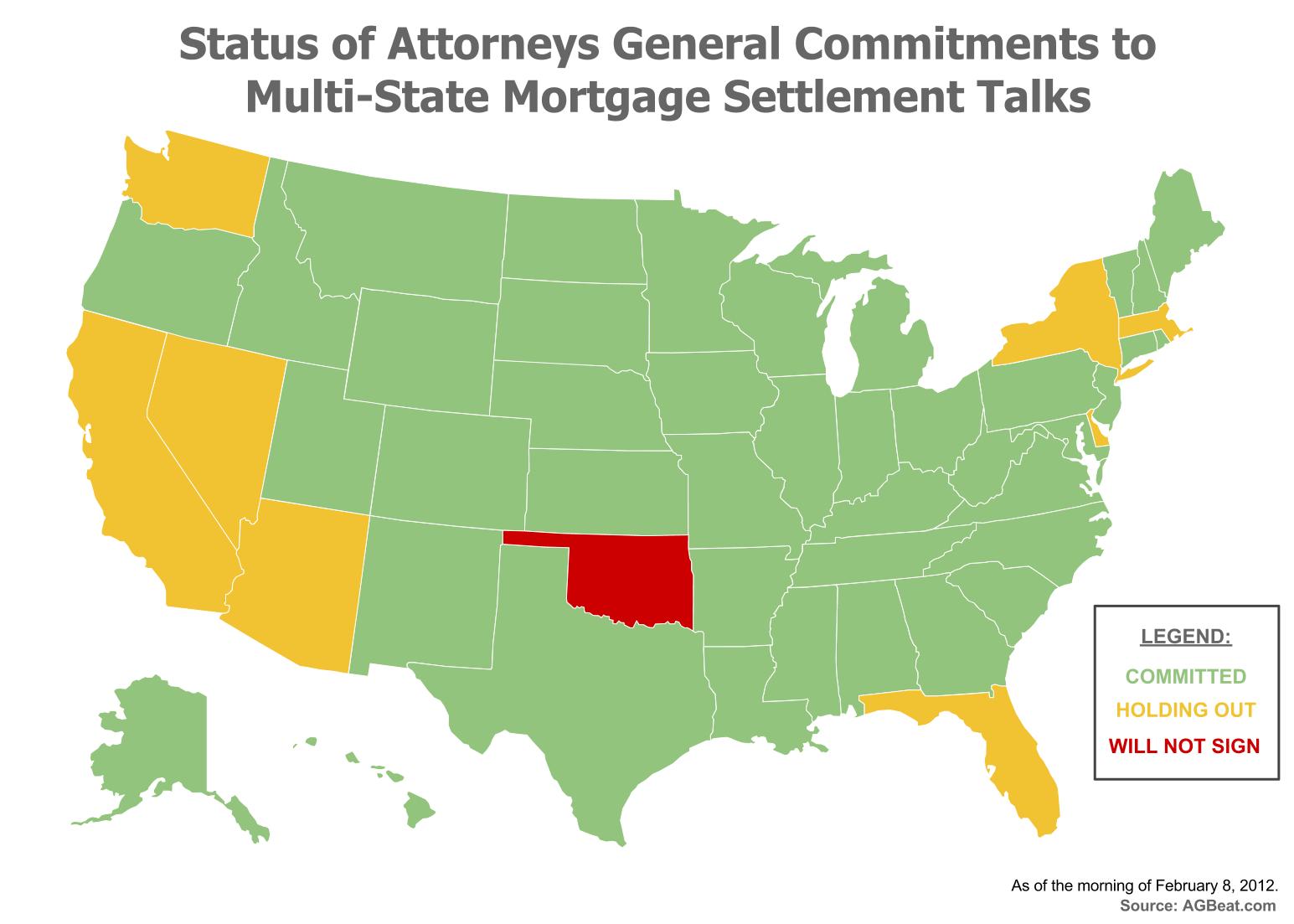 AGBeat has had a close eye on multi-state talks with the largest banks as over a year ago, all 50 states’ Attorneys Generals committed to negotiate terms on behalf of homeowners abused by banks leading up to and during the housing crash. Monday was the final deadline for all 50 states to declare whether they were committed or not to the $25 billion civil settlement between Bank of America, Ally Financial, Citigroup, Wells Fargo and JPMorgan Chase. The deadline has come and gone and several states are still holding out, namely key states like California and Nevada, both hard hit by the mortgage crisis who greatly impact the final dollar amount of the settlement.

The story has been nothing short of dramatic ranging from Iowa Attorney General Tom Miller, who has led the negotiations, kicking New York Attorney General Tom Schneiderman off of the leadership committee and President Obama swooping up Schneiderman to lead the task force for criminal investigations into mortgage crimes. Several key states have been committed then backed out, and now everything is in limbo as a number of states are at a stalemate.

The $25 billion settlement aimed to cut mortgage debt for distressed homeowners is said to not cover any mortgages held by Fannie Mae and Freddie Mac, only those held privately by the banks, a point of contention among states. Additionally, $17 billion would be put toward principal reductions for underwater borrowers and $5 billion would be in a reserve account for individual homeowners victimized by bad servicing. Another $3 billion would help homeowners refinance their current mortgages at 5.25 percent.

The settlement states that attorneys general would be required to release the banks from any further action related to the improper servicing of loans and claims against originating mortgages, which many attorneys general have called overly broad and vague, and has become a major hurdle many are unwilling to overcome.

Who is in and out, and why?

Greatly overlooked on Tuesday was the news that Oklahoma Attorney General, Scott Pruitt is said to have stated that they do not intend on participating in the settlement and while they are not as big a piece of pie as California, it is extremely notable that Pruitt made such a bold move.

Although over 40 states have committed to the final settlement agreement, as have the banks, multiple states are still holding out: