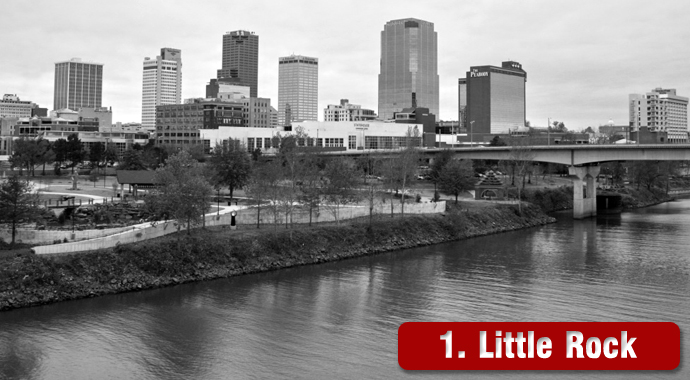 According to the National Association of Home Builders/First American Improving Markets Index (IMI) released today, the number of housing markets “showing measurable improvement” reached 101 this month with 35 states now represented by at least one market on this still young list (up from 99 markets in 33 states last month).

The index identifies metropolitan areas that have shown improvement from their respective troughs in housing permits, employment and house prices for at least six consecutive months. The 101 markets on the April IMI represent a net gain of three from March.

The IMI tracks housing markets throughout the country that are showing signs of improving economic health based on three sets of independent monthly data – employment growth from the Bureau of Labor Statistics, house price appreciation from Freddie Mac, and single-family housing permit growth from the U.S. Census Bureau. A metropolitan area must see improvement in all three areas for at least six months following their respective troughs before being included on the improving markets list.

“After five consecutive months of gains, the IMI recently began to plateau, with many markets holding steady and a few experiencing the ups-and-downs that are typical in a choppy recovery,” observed NAHB Chief Economist, Dr. David Crowe. “The IMI is designed to highlight markets that are showing consistent improvement, and those markets that have registered the smallest gains are more susceptible to dropping off the list due to a minor setback in prices, permits or employment,” he explained. At the same time, “as stronger markets approach stability, it will get harder for them to keep charting improvement, which will also limit the expansion of the IMI.”

“The fact that the number and geographic distribution of improving housing markets continued to expand beyond the 100 mark in April bodes well for the start of the spring home buying season, and should be an encouraging sign for those who are considering a home purchase,” added Kurt Pfotenhauer, vice chairman of First American Title Insurance Company.

Based on the NAHB/First American report, the following 20 markets were the most improved this month, with Little Rock taking the top spot, with Colorado and Florida accounting for the majority of the top 20 list: