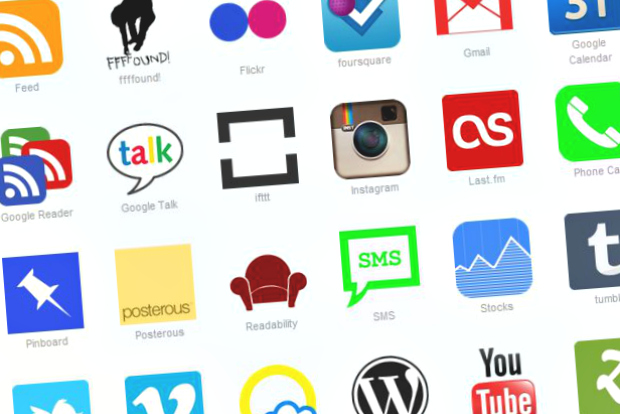 Insane digital tricks to save time

Did you know that with 30 seconds of effort, you can make every $100,000 condo in your market listed on Craigslist appear on your blog or that with 30 more seconds, you can get a text message when your top client emails you, or you can automatically send every photo you get tagged in on Facebook to your Dropbox account?

Last year, we introduced you to one of the simplest, yet geekiest and coolest tools we’ve come across in a long time. One of the problems with business professionals being overdosed with social networking tools is that a lot of effort is wasted manually updating dozens of sites, figuring out how to make them talk to each other or to you, and there is little cohesion in the space. Enter If This Then That (ifttt) which allows users to connect nearly any web service together.

The company writes, “We began with the theory that as our digital tools became more domain specific and easier to use, there would be vast amounts of creative potential in how any two tools might be used in tandem. We knew that with this immense potential came a problem of equal proportions. There just aren’t enough developers and designers in the world to craft all these connections. A million developers at a million laptops wouldn’t even make a dent.”

The connections are called “recipes,” for example “If [you take an Instagram photo] then [it gets sent to your Dropbox account]” or another recipe is “If [you update your Facebook profile] then [your Twitter profile automatically updates with the same information].” Wow.

It can be overwhelming at first how many options you truly have, but the company has outlined the top most popular recipes that will help you get started, all you have to do is sign up for free, then give permission to access your social networks you are attempting to automate. It literally takes no tech saviness and is done in seconds. We invite you to share in the comments the recipes that you come up with.

Remember, set these up once and you never have to perform these tasks again. This is the best time management tool that has hit the market in years and it is free!
In this article:Business, ifttt, Technology, time management