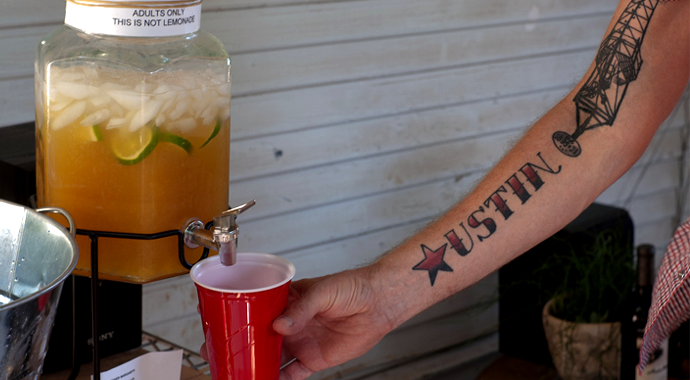 SXSWi is upon us, it can get loud

If you run in any tech circle and you’re not attending South by Southwest Interactive in Austin for the next week, you may get sick of opening Twitter to an overwhelming volume of tweets about panels, panelists, parties, pedicabs and even pedicures. AGBeat is headquartered in Austin and we’ve attended for many years, and saw Twitter born before our very eyes, but even we get sick of hearing about the conference after a while.

There is an answer. Jake Archibald, the user-wellbeing developer at Lanyrd International Incorporated Industries has developed a browser extension to mute SXSW tweets because they “worried about how this may affect your loved ones, so we locked our science boffins in a room and refused to feed them until they developed an antidote. Well, they emerged earlier today, hungry and holding aloft the Lanyrd “Not At SXSW” browser extension.”

How the extension works

The company says, “You can click to show the tweets again, but Lanyrd is not responsible for the outcome. If you need to hide more, you can add your own set of terms to hide.”

The extension will become inert after March 16th, which is about when the volume dies down on the conference, although we recommend uninstalling the app after it becomes inert (or you could leave it for next year).

It can be overwhelming, especially at night when everyone users Twitter to discern what party is hot and where they are going. There are other ways to mute, but this is one of the simplest and takes just one click.