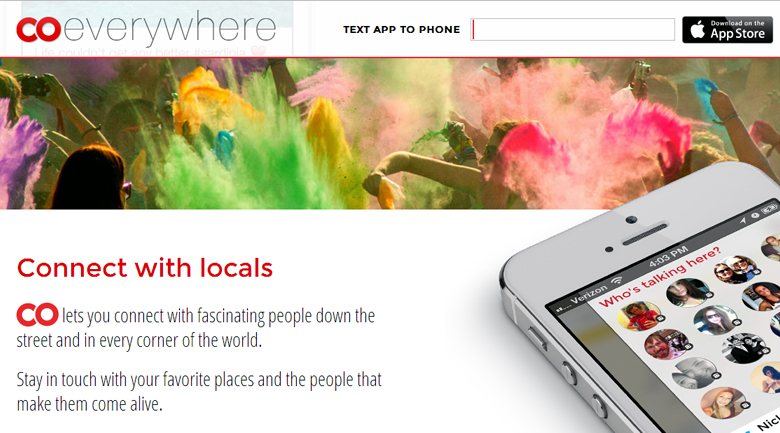 We’re pretty jaded around here – we’ve seen a lot of startups come and go, and have gotten thousands of founders and public relations professionals reaching out about how their app or invention is going to innovate the world so hard it’s going to implode. It’s mostly bull. Hyped up bull. Despite that critical line of thinking, we were enthusiastic about the 2012 launch of BlockAvenue which launched for people relocating, so it catered to the real estate industry, which is where founder Tony Longo has his roots.

BlockAvenue was a location-based analytics company focused on providing consumers an intuitive platform to help better understand everything there is to know about a location, leveraging over 50 million data points such as crime, sex offenders, transit options, local amenities, restaurants, schools and a proprietary social layer to provide its BlockScore across the United States. But BlockAve didn’t die, it has recently expanded their offering to be useful to anyone, whether they were moving or not, and their rebranded and relaunched offering, CO Everywhere has been an overnight hit, especially in the tech community.

And so CO Everywhere was born

Longo explains that BlockAvenue was their first attempt to help people better understand location. “Our approach to this was almost entirely real estate focused and we wanted to help people who were moving (buying or renting a new home),” Longo tells AGBeat. “Well, as we were building and testing the product internally, we noticed the habits of how we were all using the app and the ideas started to form. Is this a product I only want to use when I move? No way. I enjoy learning about new things in my neighborhood, everyday. Who else does this? There has to be a product out there that does this for me? And there, is where things began.”

The company started with four main data sources: Twitter, Facebook, Foursquare and Yelp and has already hit 1,400 data sources and say they are still adding more. Longo enthusiastically recounted how he and his team circled the roofline of a restaurant thinking CO Everywhere would pull back all of the Foursquare tips, Tweets and Yelp reviews on that particular restaurant. He said that it did, but then, “what we didn’t expect is the tidal wave of ‘other’ information that had gone on inside the walls of that restaurant (Border Cafe in Harvard Square). We are still in awe…”

Getting CO Everywhere to market

“Go to market plans are always tricky and on this one we took a very different approach,” said Longo. “We really believe in our product (like, really believe in it). It amazes us as consumers everyday. The platform is inherently social as most of the content is from social API’s and it has many use cases, so our belief is that if we build something solid that it would take a life of it’s own via sharing.”

Longo added, “Our focus to go to market was actually not about marketing or exposure – it was about design and we went the extra mile to design an attractive product that once people saw it, they would give it a try.”

The app is already being used in over 60 countries, just one week after launch.

How has the pivot fared publicly?

Companies often fail at something, so they add a shiny button, call it new and “pivot,” but we’ve been impressed that CO Everywhere is a rare example of a legitimate pivot that massively improved an already quality idea and led to a hit.

Longo says the company pivot, which also came packaged with a new brand is being received very well. “For those who kept tabs on us and followed BlockAvenue, they get it. For those who did not know about BlockAve, CO, is simply just a new consumer app that helps them do something they could never do before. ”

Should your brand attempt a pivot?

Should others follow CO Everywhere’s lead and pivot their own company? Longo said, “My advice for startups who are hesitant to pivot – if you are even slightly considering it – do it. Most companies do it anyway, they just don’t announce it. Pivots are not only fine, they are awesome, just one thing, if you are going to pivot, make sure the product you bring to market is 10 times better than the last!”