I opened my feed reader to find a well intentioned plea from Drew Meyers on the GeekEstate blog. He is making a request to the Re.net to refrain from personal attacks on blogs.

The vitriol and name calling we are seeing lately isn’t limited in its direction to individual bloggers. I read another post from a “real estate instructor & consultant” that characterized Active Rain as a “Litigious Cesspool”. I’m having a hard time understanding why so many people in the RE.net find it necessary to kill the messenger. Some would kill the medium if they could. I don’t care for a lot of things said in blogs in general. Would it make sense for me write a headline that says “WordPress Servers are Cesspools of Irresponsible Wannabe Journalism”? I think not.

Should real estate brokers be afraid of the liability inherent to blogging and social networking? Sure, business is all about risk/reward, however the fear level shouldn’t be any different than the fear they have when agents talk at a dinner party. If something is said that would lead to legal issues would you entertain the idea of taking action against the party’s host? Of course not. Active Rain isn’t the “Litigious Cesspool” and if the problem is as prevalent as the author states, it only serves to bring attention to business issues that have nothing to do with medium and everything to do with the message.

When was the last time you spent any time at all on the RealTalk listserv? Last November Saul Klein told me there were something like 13,000 Realtors participating in that platform. It’s been around for many years and I have personally witnessed conversations that would raise your eyebrows past your hairline. I remember a thread a few years ago where an agent in one market commented regarding a business practice that an agent in an east coast market used. She collects something like $500 for expenses before she started showing properties. The agent questioning the tactic said she would not be able to compete under those circumstances. The response back from the agent on the east coast blew my mind. She said (paraphrasing, I don’t remember the exact words) “It’s not a competitive problem here, all of the brokers in our market do exactly the same thing and charge the same amount”. That’s just one example of the many potential legal issues that one might find in RealTalk. Is it Saul’s fault? Of course not. RealTalk is moderated, and I’m sure they do their best to reign in as much as they can, but that isn’t really the point.

Social media, blogs and other new tools of the web are not going away. If you look at the big picture, we seem to be approaching a milestone in an evolutional process. The tools are merely catalysts of that process. Left to it’s own device it will only be a part of a process that helps elevate the best of the best and eventually cull the herd of the weakest.

Every time someone makes a personal attack of someone in the Re.net it should be an indictment of the attacker, not the platform used to perpetuate it. The same is true if someone choses to attack a company. Drew pointed out one of the two basic tenets of blogging established by Dustin Luther, “If you are going to attack something… attack ideas, not people. (i.e. “your idea sucks”… not “you suck”)” I think even if your opinion of an idea is overtly antithetical, how you approach the delivery should be tempered with the professionalism that any business discussion deserves.

The Bible says in Isaiah, “We will eat the fruit of our words.” I don’t know about you, but I don’t want mine to come back to me in the form of rotten prune pits. 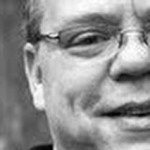 I'm not an Agent, nor a genius. I do what I can on the Interwebs to share some wisdom and knowledge and stick my nose into a few conversations here and there. I write for my own blog at mlbroadcast.com/blog along with this one and Zillow's GeekEstate Blog. I also have a kick ass product for Agents and Brokers - Check it out: https://www.mlbroadcast.com