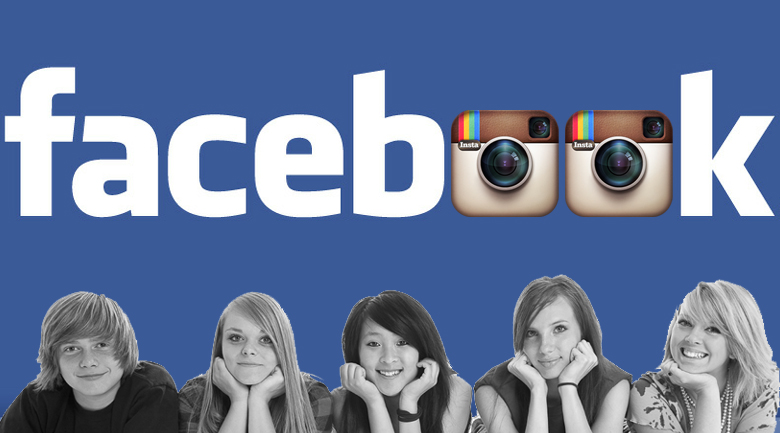 Although photo sharing app Instagram is simple, fun, and a growing community, it is not so far superior to the dozens of competitors, but what it has in common with Facebook is that it has users, and the unfortunate truth about social networks is that the highest level of consumer interest is typically in the most populated network. It’s human nature – most people, particularly young people, will always choose a bar or club that is jumpin’ and is loud, and looks fun, over the quiet dive next door with the lone hipster drinking a Lone Star beer. The vibe and the atmosphere of a crowd conveys to the web just as it does in person.

The brilliance of Facebook giving a billion dollars to Instagram to acquire it is not in the technology, nor the amazing hipstery filters, nor the ease of being able to share photos across social networks, no, Facebook made a brilliant move because Instagram is the next Facebook, at least with teens who are the future adult users of the web.

This summer, our daughter announced to me that she was considering quitting Facebook and switching to Instagram, having no knowledge that Facebook actually owns Instagram. She didn’t care. Why? She says Instagram has less drama, that people stick to commenting on photos, and everyone knows what everyone else is up to visually, plus it’s fun to scroll through friends’ photos. Why not Pinterest? “Pinterest is for old people,” she told me. Ouch.

To me, Instagram could be in danger of becoming the next MySpace, populated with pre-teens doing “duck face” and showing cleavage, but because MySpace is dead, teens that jumped ship from MySpace to Facebook are now considering deleting their Facebook profiles and jumping to Instagram.

Austin Realtor, Nanette Labastida said her teen considers ditching Facebook for Instagram “about every other week,” and Julie Marschewski Austin at Arkansas Office Products affirms that her teen is also on both networks, but is spending much more time on Instagram.

So why the switch?

The migration from Facebook is happening for two main reasons – one, Instagram is easier. Point, click, share, done. No thought about whether you look stupid because you can’t tell the difference between “your” and “you’re,” no more having to use brains to communicate. And two, teenagers’ parents, grandparents, great grandparents, teachers, and priests are probably on Facebook, but they’re not active on Instagram, so they can get away with a bit more than where their family members are watching. Bet you didn’t think we’d notice, did you, kiddos?

What will this mean for Facebook? Nothing – Instagram users are already theirs, but this could definitely shape the way Facebook behaviors change in the next five years as many of these future consumers make social networking choices.