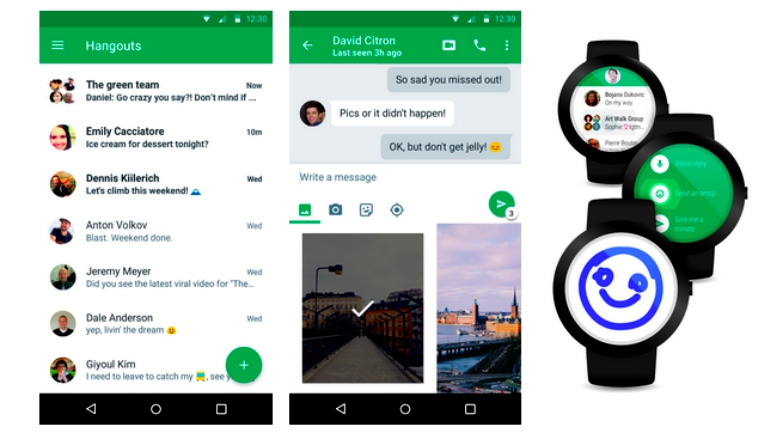 Google Hangouts is rolling out some new improvements that promise to make the communications platform easier and faster to use. Users have long enjoyed the multi-faceted chat application, but have complained that the program is sometimes slow and unstable.

Read also: Google Hangouts just got a rewind button; time to get started

Recently, Google released Hangouts 4.0, and improved platform for Android. A similar package of updates has also gone out to iOS users. Said Google on their blog, “we’ve been hard at work on big improvements to make Hangouts faster, simpler, and easier on the eyes.”

More than just stability was improved

Google has enhanced Hangouts by updating its appearance and its user interface, as well as speeding up the entire application for faster chatting. Hangouts has revamped its look using “material design” – Google’s “visual language” that combines “classic principles of good design” with the latest user interface technologies. In the new Google Hangouts, “items respond to your touch in more intuitive ways and transitions between tasks are more fluid.”

There’s also a new compose button that facilitates new groups and conversations. Google has “streamlined” your contacts list, as well as the process of adding attachments to a message, so it’s easier than ever to sort through your address book and to send emojis, pictures, GIFs, and other attachments.

Google has been hard at work to fix bugs

The techies at Google have been “obsessively fixing bugs” to speed up message sending and receiving and to make Hangouts more reliable and less vulnerable to crashing. This efficient new edition also promises not to suck up your cellphone’s battery life.

Google has also made improvements to Dialer, an application used to make affordable phone calls, even internationally. Now you can specify Dialer to use an Outbound Caller ID so that friends won’t screen out your call because it’s from an “unknown” number.

In this article:google plus, google+ hangouts, Technology