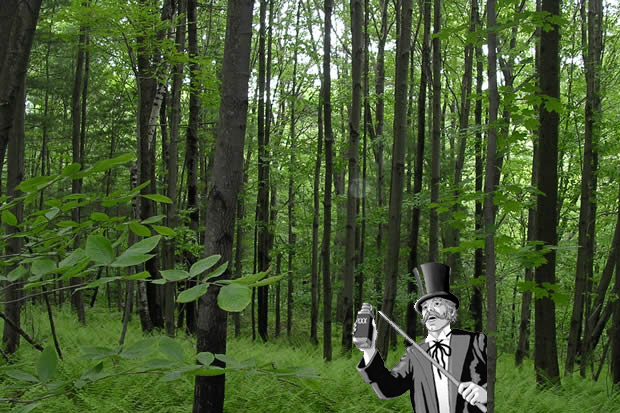 How to spot a fake expert

A recent editorial about whether the web is leveling the playing field so much that we no longer value experience and knowledgeable people spurred my own response, after which, I began to think of how professionals can help protect potential customers and clients from going astray.

Not for any altruistic reasons, mind you. I’m a bit lazy, you see, and since most people come to me as a fixer, I thought it might be smart to head the mess off at the pass, resulting in less work for me. See? Pure selfishness. Let’s get you fixed up first, then we’ll get a team of psychiatrists to work on my issues later…

1- They fail the due diligence test

When you find a new place to buy from, it’s critical that you do what is called “due diligence” by some of us silly people on the web who think the term bears any meaning outside our techie circles.

It simply means this: do basic investigation of the person or company you want to buy from. Google the CEO’s name, the name of the company, their book on Amazon if they have one, their KikScore profile, reviews of the product they’re offering, etc. Ask for references to other people who have used the service you are researching.

If a book is available, a perfect positive score is just as suspicious as mostly negative scores. There are very few books that have all five star reviews on Amazon, and so it is with ratings of other items. Mostly five and four star reviews is a possibility, but all fives is probably the work of friends and family.

The more people they claim to have served, the higher the likelihood is that some people should be at least slightly unhappy.

Social proof is the presence of positive commentary by people like you who use a certain service or product. Often in the form of testimonials, reviews, statistical “evidence” or case studies, social proof is meant to tell you that other regular people (and occasionally, celebrities or fellow experts) have found the promises made by the product or service you wish to buy to be true.

My favorite example of faulty social proof is in search. Every few years or so, a person who has lucked out in the struggle to maintain search rankings in Google will share the steps they took, and show that they are number one out of x million results.

In some cases, an obedient monkey who is skilled at hitting the enter key can get number one results out of 6 million terms.

The number of terms isn’t actually of material significance until it gets over 50 million, and/or yields consistent, targeted traffic to a website. Some terms with 100 million competing terms are easier to attain than some with only 60 million listings. A seasoned search professional knows this, and will often include independent scores of keyword difficulty, or an average number of visitors who visit a site for a certain term.

In addition, methods that work on one type of site that has a certain set of circumstances, won’t work for another site that’s in a different format, or is not equipped to attract the same kinds of links or visitors. It’s sad, because most small businesses don’t need to rank for a highly competitive term or have more than 200 targeted visitors a day to meet their financial goals. So the hyperbole is unnecessary if the method actually works.

The focus should be on whether the conditions for success have been tested and if so, can be duplicated for long term results.

When a company on the web is good at something, they often form strong alliances with other companies that have a web presence, sometimes even from competitors.

In offline life, you’ll find that great doctors know other great doctors and refer business to each other. They aren’t shy about doing this because, well, it’s good business. A cosmetic dentist in Dallas isn’t threatened by his peer in Atlanta. An excellent brain surgeon at Washington Hospital Center is happy to recommend his cardiovascular colleague when it’s warranted.

Online, if you run into a PR person who has nothing good to say about other PR professionals, marketers, search or social media professionals, you have a reason to be suspicious. These professionals often work in teams together – a professional with no allies is either brand-new and inexperienced, or has some issues they aren’t telling you about.

On the other hand someone who appears on the surface to be great friends with everyone may be suspicious as well – but again, due diligence can ferret the sketchy cases out.

4- They don’t take their own medicine

Would you go to a veterinarian who hates animals? Eat food made by a chef with a weak palate? Shop at a store the employees warn you not to patronize? Use a therapist who hates people? Hire a nanny who has never cared for children? Buy a car from a salesman who has never driven?

For the most part, of course not. It’s laughable to think otherwise. And yet we do it online, all the time.

We hire the social media intern with no experience, even though we aren’t qualified to train them, because it costs less, and how hard could it be? We read publications run by people who aren’t familiar with our field — we just never think to check.

We sometimes even read reviews for movies from people with taste that varies widely from our own, not bothering to find out whether they make the distinction between not liking a certain type of movie or the film itself.

We’re so used to getting high volumes of data from the web that we no longer take the time to be sure we can trust it as information. At least, we did in 2010. Times are changing. We’re starting to realize that every review, evaluation, and expert opinion is not created equal. And the sooner we learn to tell the difference, the better.

5- Talking down others, not proving their results

Here’s one that’s very easy to spot… A remnant of the old age of marketing, everyone from politicians to bad PR representatives think that mudslinging still works to gain clients, if it ever did work in the first place.

And yet, it’s been theorized that the person or company that gets the most attention, positive or negative, who wins the election, is the one who fights the dirtiest? Why? Studies show that we are more likely to pick what is familiar when we have too much information to remember who is best.

What today’s consumer looks for is proof of concept- we want to know if the solution you’re proposing will work for us. If you tell us bad things about your competition, we’ll go check it out. And we may forget why we are there or that we arrived through a detrimental review.

We also want to work with companies focused on what they can do, not on what others can’t.

The rise of social media was hailed for its leveling of the playing field, and suddenly, through blogs and social networks, a small independent contractor had the same means and ability to reach a consumer as a Fortune 500 company – no longer were expensive television and print ads the only means of reaching consumers. Match that level playing field with consumers experiencing information overload and no legitimate means to verify fakexperts’ claims, and thousands of dollars are being spent to fix the digital presences of companies that have been destroyed by fakexperts.

These fakexperts are not hard to spot, but you do have to know how to spot them, lest you or your company waste money on junk services and products.