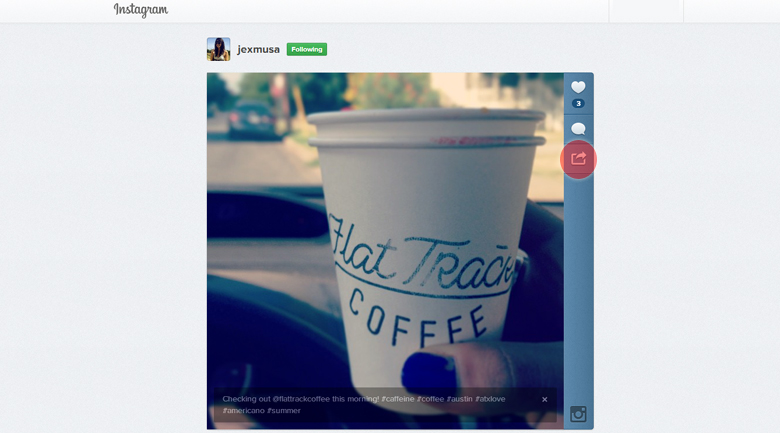 Today, photo app Instagram announced they have grown to over 150 million users with over 60 percent of users snapping shots from outside of the U.S. Founded in March of 2010, the company has seen their most dramatic growth of late, acquiring 50 million users in the last six months alone.

With roughly 60 million users in America, businesses have flocked to the simple tool to spread their message, host contests, expand their social network and influence, and give consumers a creative way of connecting with brands of all size.

Of the accomplishment, the company said on their blog, “Whether it’s documenting protests in Egypt, sharing the trip of a lifetime across the United States or snapping #petselfiez, this community continues to surprise us every day with your creativity, sense of adventure and unique perspectives on the world.”

Why this accomplishment is even relevant

User counts aren’t exactly the most reliable metric for predicting the success of an app. Studies show that an overwhelming number of people download an app, become a user, and never open the app again. Additionally, just because someone is a user does not make them an active user, one that is actually using the app.

That said, 150 million users is nothing to scoff at. So why does this milestone matter over millions of other milestones achieved in the app world every week?

Just a few short years into their existence, Facebook acquired Instagram for one billion dollars, a historic moment to say the least. Just months after the acquisition was announced, one Facebook executive hinted that the app could possibly feature ads at some point, and bloggers nearly lost their minds (we reacted via parody).

Days later, the company quietly added a note to their Terms of Service (ToS) that would allow them to sell users’ photographs in advertising without notifying or paying them, which led to tech analysts to put the app on blast, encouraging users to jump ship.

Many users did leave. Instagram very quickly reversed the ToS updates, releasing a statement that legal documents are “easy to misinterpret,” and they really just wanted to give users “an opportunity to raise any concerns.”

Unfortunately for Instagram, many users deleted their accounts, commonly switching to Flickr or simply letting their accounts become dormant (which still means they count as one of the 150 million user count, but wouldn’t count as an active user).

This dramatic turn of events late last year is why this particular milestone is relevant – many predicted the app would either die or become folded into Facebook’s photo app, but neither happened, in fact, they grew more dramatically than ever.

Regardless of Instagram thriving despite the drama that led many people to predict their demise, the app continues to become a more common tool in marketers’ toolboxes.

Companies like Kohls, Sharpie, and Juicy Couture are using their Instagram account for branding and marketing purposes to acquire new customers as well as retain current, loyal customers.

Brands of all size should take note that the app is large and in charge, and thousands of brands are using Instagram as a marketing staple. Because it is a simple form of expression with a diverse user base, with a creative approach, any company can make a lasting impression on the growing community.

In this article:instagram, Social Media