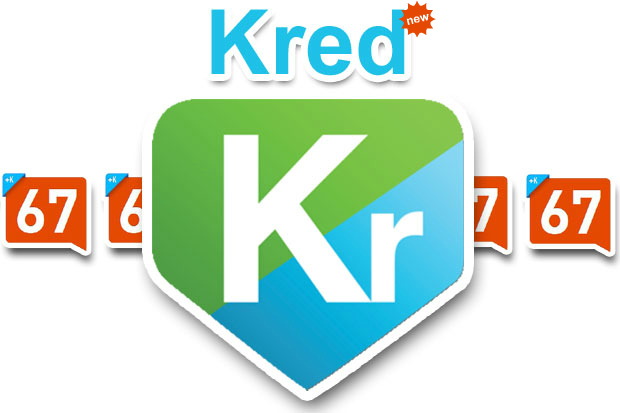 Klout has come under fire recently for a lack of transparency in how their social scoring model works and many say it is easy to game. They have also come under fire for creating profiles on minors, among other things, making it the perfect time for an alternative. Although many despise the very idea of social scoring or users having some arbitrary number attached to their name that either demerits them or adds value to their career somehow, people are obviously interested in scoring as a measure of online influence. But what about offline influence? The Warren Buffett effect is frequently cited as his Klout score hovers around 30 out of 100, yet his offline influence is more massive than nearly anyone on Earth.

Introducing Kred which says it is “the first totally transparent social scoring system to evaluate influence among communities and reward generosity.” They emphasize that “small close networks of normal people are the rock stars of influence.” While the Scobles of the world dominate with impressive Klout scores, Kred believes that offline achievements and influence within a small community is really where it’s at. “We all have influence somewhere,” the company says.

Currently in beta stage, users are in line waiting for invitations that can be obtained over email or by tweeting about Kred which was designed by social analytics company, PeopleBrowsr out of San Francisco.

Kred measures influence, or how you inspire others as well as outreach which is how others inspire you to interact and engage. They integrate offline honors, offer privacy settings (unlike Klout, a major drawback of their service), analytics and an API for custom development and branding. Interestingly, they also offer “fresh content suggestions” by analyzing what news your network hasn’t yet shared, so for example, if you logged in and this story you’re now reading is a few minutes old and it’s not yet hot in your network, it would suggest this story and help you be first to share.

While many will criticize Kred and say we need another social scoring system like we need a kick to the jugular, we think the timing is perfect as Klout takes heat for dozens of issues – why not step in and do what others wont? It’s in demand. The name is easy to remember, they take into account offline achievements, and offer privacy, solving many of today’s social scoring issues. It will be interesting to see how people take to it and what issues will come with yet another scoring system.