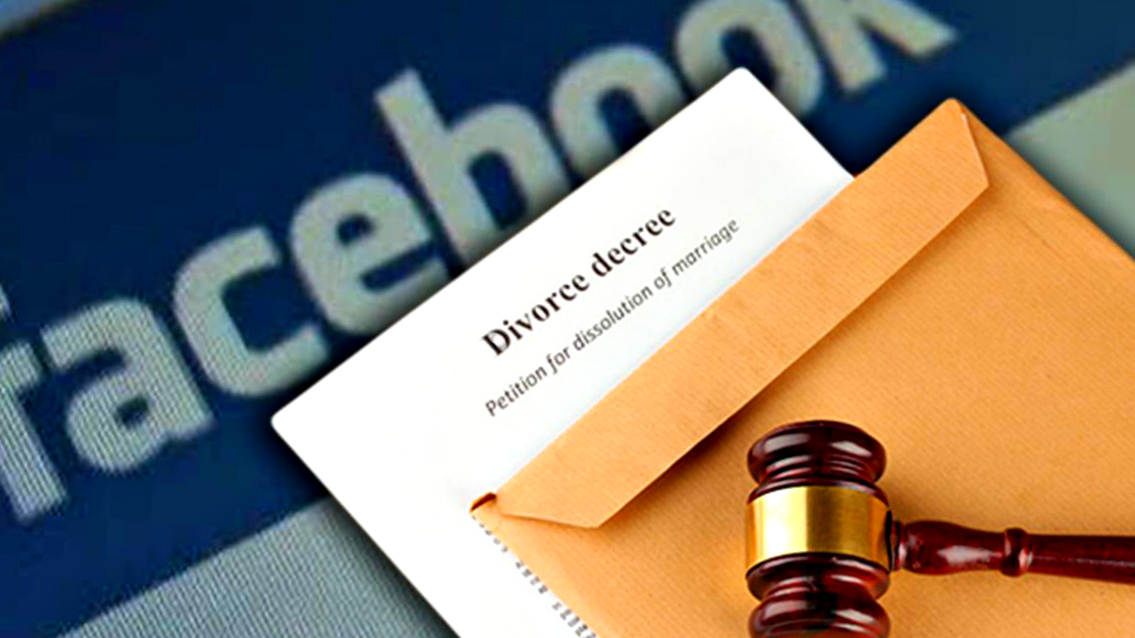 Since its beginnings in a Harvard dorm room in 2004, we’ve increasingly come to rely on Facebook for a multitude of services through its core brand, as well as its multiple acquisitions.

Want to stay in touch with old friends and make new ones? It’s got it. Take and share multitudes of photos in your daily life, documenting the sublime to the banal? It’s got that, too. Virtual reality? Yes, even that.

And, for those unlucky in love, Facebook offers a way to be told that your marriage is over: the electronic delivery of divorce papers.

Read also: In their latest security move, Facebook lets you opt in to encrypted “Secret Conversations”

To be fair, Facebook — and the law — doesn’t discriminate as to which kind of process service you receive on the platform. So, instead of divorce papers, it might well be a notice that you’re being sued by a neighbor. And, to be fair, Facebook or other social media sites won’t be the first step taken to contact you.

We’re familiar with the trope of the process server. He hangs about outside of the house or office of the soon-to-be-served, resorting to subterfuge when necessary to get the signature he needs on the documents, saying “You’ve been served,” as the papers flutter into the hands of the sued.

Very little of this is close to a true depiction of what life is like for the process server, but the image persists. In some instances however, it is accurate.

It’s not hard to imagine the lengths people might go to avoid being sued. Accurate and timely service of process of a complaint is crucial to ensure the potential defendant in a proceeding knows they are being sued, and has the fullest ability to respond to the claims against them.

If you’re being sued, you can expect the courts to attempt to notify you through traditional methods like in-person service or through certified mail. However, when neither of those methods prove fruitful, courts may allow the plaintiff to attempt to serve you through substituted or alternative service methods, including electronic service.

A decade ago, using e-mail to provide service of process was a novelty. Courts fretted over this, as they were uncertain about the reliability and the ubiquitousness of the method. However, as we’ve seen, the overwhelming majority of Americans regularly check their e-mail accounts.

Using e-mail to provide notification to parties in a case is now a regularly accepted tool.

With the continued expansion of social media sites, such as Facebook, one could argue an expansion of process service to include those sites would ensure people are notified in a reliable way.

Working for the read receipt

“The desire to give actual notice is at the heart of service. The strongest argument for effectuating service of process through social media — Facebook in particular — is that, in many cases, the likelihood of the defendant receiving actual notice is extremely high because users of social media typically access their accounts regularly,” writes Keely Knapp, JD, in the Louisiana Law Review. “Moreover, through social media the plaintiff has the ability to gauge a defendant’s interaction on the account, which makes assessing the chance of actually receiving notice even more accurate.”

Think about it for a moment. If the process server can verify you logged into your Facebook or other social media account and posted updated, or interacted through Messenger, then, when all else traditional fails, that’s the best — and probably most accurate — way to let you know you need to respond to a lawsuit.

The critical point here is that you’ve got to be able to ascertain that it’s actually the person who is named on the account using it to be able to claim that service of process via Facebook was accurate and timely. Consider for example a recent divorce trial in Brooklyn. The state of New York previously allowed Facebook as an alternate means of service when all else had failed. However, the judge in this case ruled that the defendant hadn’t interacted with his Facebook account since 2014.

Given a lack of updated information, there was no way to establish that he would presumptively come across it. While his wife argued that she had interacted with her husband on Facebook since 2014, she had no physical documentation of those exchanges.

“As such, plaintiff has not demonstrated that… service by Facebook is reasonably calculated to apprise defendant of the matrimonial action,” concluded the judge. “Before the Court could consider allowing service by Facebook…the record must contain evidence that the Facebook profile was one that defendant actually uses for receipt of messages.”

Utah, the cutting edge of law

The model for utilizing social media sites as an alternative service of process comes from a perhaps unlikely source: the state of Utah.

The state has been at the leading edge of considering ways to allow its citizens to interact with the court system in a smoother fashion.

Because of this forward thinking attitude, the state amended its rules of civil procedure in 2001 — before the existence of Facebook — to include electronic formats, mentioning email and “other possible electronic means”.

Thinking back to 2001, the social media landscape was barren. Sure there was Xanga, but Friendster wouldn’t come along until the next year, and Tom wouldn’t be our friend on Myspace until 2004. So, as Stephanie Irvine noted, “what was also genius about this is that when said electronic means became possible, the law wouldn’t need to be rewritten, and thus, judges could determine when the “other means” would be appropriate.”

Read also: Legalist funds your court case if its algorithm says you can win

The courts in Utah have remained progressive, at least on this front. In 2010, rules were amended, and a specific affidavit was created for process service by electronic means, specifically mentioning “Social Network (such as Facebook), Twitter, Text Message, and Phone.”

Soon to be adopted as normal

While not every state has caught up to the electronic revolution for alternative electronic means of process service, there will come a time when it will seem like a normal part of operations. We’ve accepted the alteration of our lives with the assistance of technology. The unimaginable and fantastic are becoming commonplace daily.

The ingrained nature of social media means that, for some, it is the most reliable means of getting in touch with them.

Their online presence may be more stable than their corporeal one.

As with any form of legal documentation, ensuring the intended recipient actually receives it and can be documented doing so is critical. So as you peruse your Facebook timeline or Twitter feed, be careful about just scrolling on through. You might just miss an important date in your future.

In this article:courts, divorce, facebook, legal, served, The News