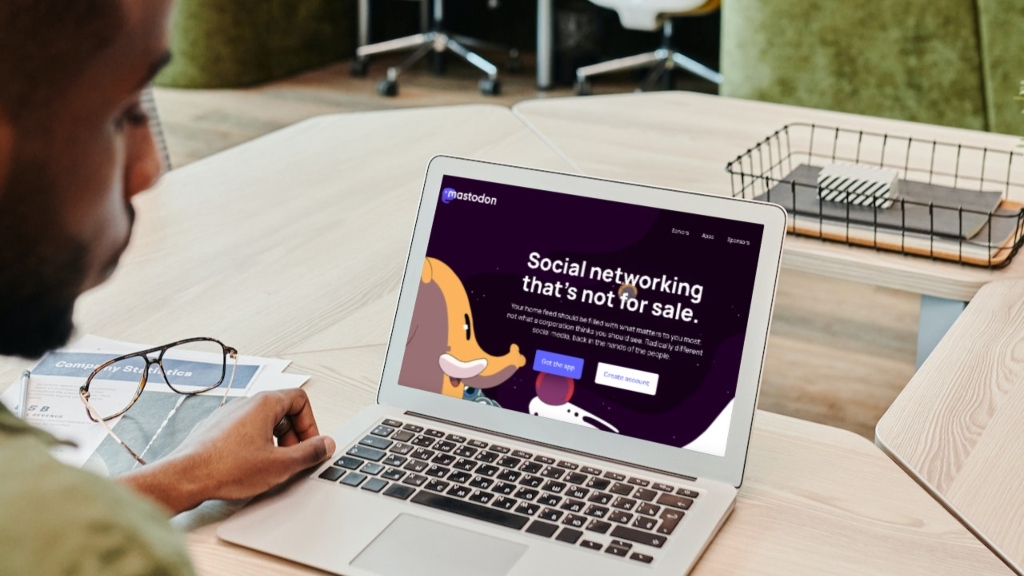 Lately, it seems like we can’t turn on our televisions or log on to social media without hearing about the massive storm brewing over on Twitter.

To give you a quick recap, Telsa-famous billionaire, Elon Musk, acquired the social media platform at the end of October. Since taking the reigns, Musk has fired top execs, rolled out the now-paused verified account subscription plan, and sent his staff a stern ultimatum, resulting in the majority of employees resigning.

Some of Twitter’s top advertisers like Chevrolet, Chipotle, and Apple have pulled advertising from the platform. Some users take personal issue with how Musk is doing business, causing them to look for alternative platforms to take Twitter’s place. Mastodon is proving to be a popular choice, despite a few minor hiccups.

What is Mastodon? I’ve never heard of it.

Mastodon was created by 25-year-old Eugen Roccko in 2016. It is similar to Twitter in that it allows users to micro-blog and connect with other users who share a common interest. Mastodon is free, open-source, and crowdfunded, giving users an ad-free experience. Support started off rather slow, but saw a spike in 2017 when there was a spike in privacy concerns on Facebook. The platform hovered around 500,000 users until the recent spike, where it’s estimated around 1.5 million users joined after rejecting Twitter. For reference, Twitter currently sees around 237 million daily users. Mastodon is community moderated, which means less censorship and more freedom of speech, within reason.

What’s so great about it?

For starters, many users enjoy a platform free of ads and not tied to American politics. Since Mastodon is a non-profit, there’s no concern that it will run into the same turmoil that Musk has created within Twitter. Mastodon also gives users a default post length of 500 characters, rather than limiting them to 140. The micro-blogging site is also moderated by its own community rather than turning to AI, as other networks have done. Overall, the social media network feels more personal, free of big bands and celebrity influence.

Where does it fall short?

Mastodon feels quite familiar, but very foreign all at once. While the feed and user profiles look similar enough to those on Twitter, users report facing extreme lags due to server congestion. Another common problem is that it’s just not as easy to network and find people to connect with. Part of this, of course, is due to a small user base, but the search tool itself could use some improvement. Other social media networks allow you to find contacts from another platform, email, or phone number, whereas Mastodon does not offer this feature. The official Mastodon app is not adequate, in our opinion. For instance, there is no clear place to send a direct message to another user, which only complicates the user experience.

Is Mastodon the answer?

While many may flee to Mastodon in the coming weeks, we liken this to a little kid “running away from home,” but not making it out of the backyard. We’ve noticed that most of the folks who are joining Mastodon are doing so while leaving their Twitter accounts open and active.

While Twitter’s chaotic atmosphere drives folks to look for a better alternative, we see the spike in Mastodon accounts as an action to scratch the itch and not a long-term solution. While we don’t think Mastodon is quite ready for the spotlight, we do think it may be a solid contender for those who seek less censorship.

Tell us: Are you on Mastodon? Have you considered joining or will you stick with Twitter for now?