We’re playing a game with this one, ladies and gentlemen.  Sort of a Where’s Waldo, I Spy game of crap that you wouldn’t dare let people know is in your home.  Find the following:

Thanx to Nick Barnes for that gem. We all understand why inspectors take photos of electrical panels and fuse boxes but why on earth would an agent?  All that comes to mind when I see this is Michael Keaton in the movie, Mr. Mom.  When he tries to cover a household disaster by saying he’s rewiring with 220 or 221, whatever it takes to get the job done.  Anywho, I would like to know if those extra loose wires are hot or not and what’s in that plastic bag. There is so little that makes sense that this almost looks like an ablum cover.  This is what happens when pedestrian, middle America decides to turn a basement into living space.  Listen up America: Under no circumstances is faux walnut wood paneling acceptable, painting doesn’t fix it and trying to make it all “pop” with a festive red coverlet with the bed on the south wall just makes you look like white trash with a new bedspread.  Turn off HGTV at once.  Design on a Dime lied to you.

Special Thanks to Annie Onymous Come on kids, mommy got a new listing.  After piano lessons I need to swing by and take some pictures of it.  I’ll take you for ice cream afterwords if you’re good girls and just sit still.  Say cheese!

Thanks to another Mr. Nobody for this image.

Have you ever seen a picture in the MLS that just made you shake your head?  This is the place where the thought and the photo collide.  If you have a photo you’d like to share email to mailto:MLSfailpics@gmail.com.  We’ll make you famous and link to your blog. 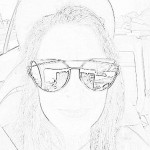 MLS Fail Shots – Do You Remember Your First?

You gotta love the little buggers.  Don’t you just wonder if they belong to the agent or the home owner?   I do.  Kids: They...

Sorry kiddles and bits but I’m taking a blatant short cut today. On my way to ReBarCampPHX I changed planes in Houston and I’m...