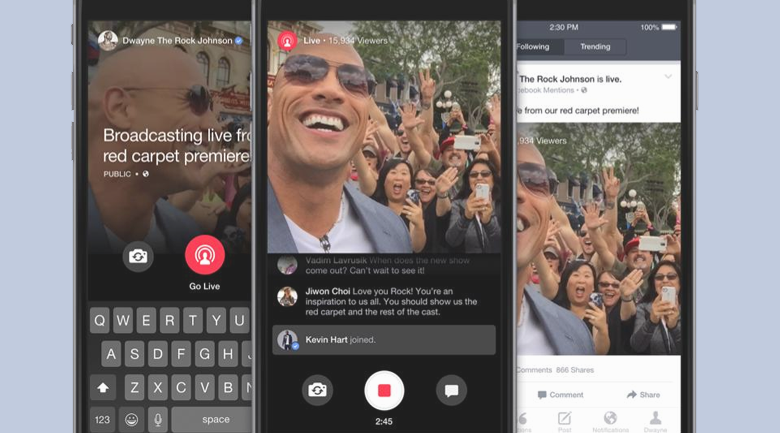 Facebook has been dominating the social media scene for what seems like ages. More importantly, however, they are beginning to dominate the video scene as well. A new study by social analytics provider Quintly found that Facebook native videos are drawing up to four times more interactions than videos from other sources.

If you’re unfamiliar with native videos, it simple means that it originates from the social media site. Native videos are uploaded, or created, on social networks and played in your feed, instead of linked to outside sources, hosted on other sites, like a Facebook video that links to YouTube for example, whereas a native video would be directly loaded and seen in your feed.

Quintly found that Facebook native videos dominate in comparison to other videos posted online from sources like YouTube, Vevo, Vimeo, and others. 65% of those videos shared were native to Facebook, fairly impressive given most people still consider YouTube to be at the top of the video heap.

The study also found that native Facebook videos tend to be promoted more than other sources as well. Quintly attributes this to the fact that “Facebook invests a lot of resources to increase the pressure on video ‘top dog’ YouTube. Having its own algorithm, which ranks updates in users’ News Feeds, Facebook is able to determine which reaches more people.”

Another reason for the native Facebook video success is the auto-play function. Quintly suggests auto-play gives Facebook an edge because a video posted on Facebook has the power to reach out and grab the user’s attention while scrolling through their feed. This, of course, is only effective if the user still has this function enabled. Still, Facebook seems to have an edge over other video platforms.

What does this mean for your business?

If you’re not already promoting yourself through videos on Facebook, you might consider giving it a try. Videos are all the rage right now, especially with the auto-play feature. While we’re thinking about auto-play, those videos will need to grab your audience within the first few moments before they can hit the “pause” button, so you may need to get creative on how to present yourself or your business.