When the social networking giant acquired Oculus Rift last year for $2 billion, we all waited to see how the virtual reality goggles would fit into our marketing efforts. Facebook has been deliberately slow in bringing the goggles to market (expected to begin selling early 2016). They know that becoming a household item such as the iPhone or iPad will be a slow process.

Read also: Virtual reality may soon be available on your phone

Glimpses into the future

However, brands have been lining up to discover how they can sponsor virtual reality content – complete with advertisements and product placements. To address this, Facebook has started to give us a glimpse of what the future reality of VR looks like.

Instead of developing traditional “interruptive” ads, Facebook is encouraging marketers and brands to develop videos that take advantage of the current 360-degree video infrastructure that Oculus already provides (Check out this awesome example by Star Wars).

Commenting on the “wow factor” stressed by Facebook, one creative agency executive remarked, “They’re finally getting around to getting to what Oculus means in the grand scheme. It’s come up in pitch situations where they say they want us to use it for big brand launches.” Using this format enables brands continue to market to the Facebook News Feed while also developing their creative process for the inevitable tsunami of VR media consumers.

Ideas in the making

A digital marketing VP at a top entertainment brand was quoted, “As we talk about VR experiences, we make sure to think about 360 experiences on Facebook and YouTube. That is where the real reach would be for this content.”

The potential for live streams that harness 360-degree video are also being discussed. Facebook publisher Moviepilot is already experimenting with 360-degree video of red-carpet events and MTV aired a live stream of the Video Music Awards in August that featured the format.

Facebook has already established brand dominance in Virtual Reality. More importantly, it’s established brand trust with the marketers that make Facebook so successful. They are more than happy to experience the new reality that Facebook is presenting. The future of VR has huge potential, especially to those who adopt early and produce outstanding content. 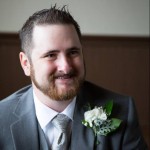 Dave Novotny loves writing about cutting edge technology and business innovation. A creative by nature and a number cruncher by blood, sweat, and tears, Dave loves telling the story that the numbers and analytics write in a way that connects to people. When he's not crafting copy, he's out hiking with his wife and two rescue dogs, Jackie and Loki.