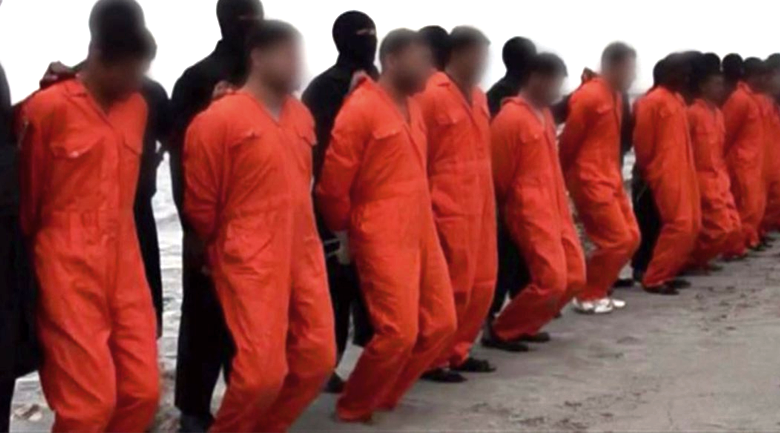 The rise of religious persecution

It was a cold day in Tripoli, Libya this February when 21 Egyptian Christians were captured, forced to wear orange jumpsuits, and marched on to a windy beach where they were all beheaded. The fear of these men must have been overwhelming with their hearts racing and stomachs turned, knowing their fate at the hands of terrorist group, ISIS. The mass beheading was said to be in revenge for “Muslim women persecuted by Coptic crusaders in Egypt.”

Reverend Patrick Mahoney, Director of the Christian Defense Coalition says that every five minutes, a Christian dies for their faith somewhere in the world, amounting to over 100,000 deaths every year. “Americans need to realize we are seeing a genocide the likes we have not seen in a generation.”

Wearing orange in response to the persecutions

In response to the massacre on that Tripoli beach, and to stand against the gaining momentum of ISIS executing Christians for their faith (most recently the 147 killed in Kenya, and this week the filmed murder of 30 Ethiopian Christians), Christians have been encouraged to wear orange and pray for the persecuted.

The campaign has spread beyond wearing orange to church on Sundays to wearing it any day to symbolize the orange jumpsuits worn by the 21 murdered on the beach (and now all Christians killed for their faith), and even to orange ribbons. Pope Francis has called attention to the persecution, and Father Frank Karwacki in Pennsylvania helped spark the wearing of orange by asking his congregation to wear the ribbons and dress in orange which has spread to other congregations and denominations across the globe.

But it’s not just Christians being called to wear orange, Karwacki has called upon other faiths, including Muslims, to discourage the persecution by wearing orange. The Church is continuing to give aid to Christian refugees in the Middle East and urges everyone to call on their lawmakers to provide further assistance.

The #OrangeJumpsuit hashtag takes off

Rev. Mahoney began the #OrangeJumpsuit hashtag, which has taken off on Twitter and Facebook, as people urge each other to acknowledge the crisis abroad, which many fear will successfully spread on to our own shores.

While not as viral as the gold/white/black/blue dress, it has gained some traction on Twitter. According to Topsy, tweets hit their high point of nearly 2K tweets on April 17th:

Further, a sampling of data from TweetReach reveals that the #OrangeJumpsuit hashtag has nearly 200K impressions on Twitter alone: 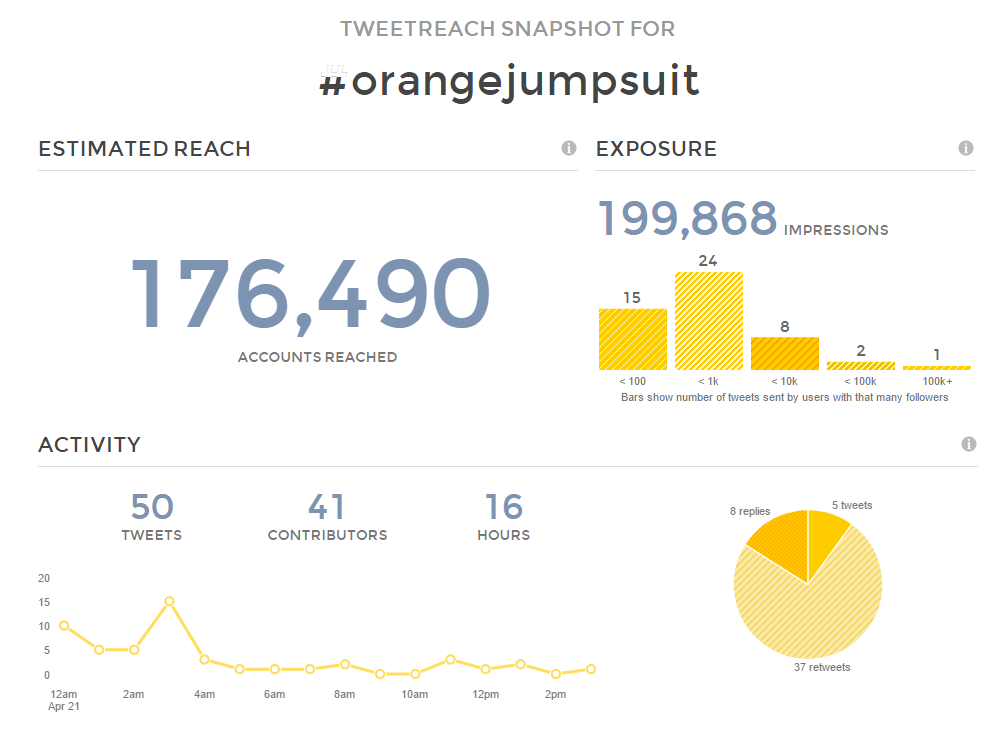 We noticed, however, that many people don’t know the hashtag, so a more broad search using terms “orange” and “ISIS,” both referring to the wearing of orange, were more voluminous: 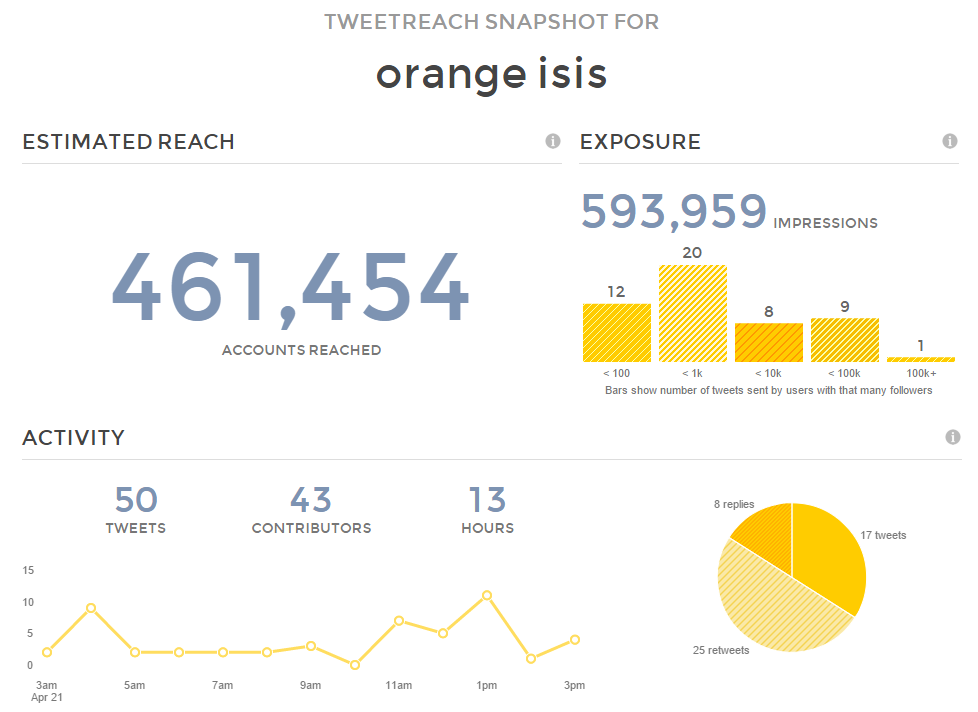 Further, there were several variations of the hashtag being used (for example, nearly 110K people have used #OrangeJumpsuits in the plural form rather than singular), so it is impossible to track the true reach of this movement.

Growth of the issue

In the studio getting ready for the hit on Fox news this morning! #persecutedchurch #orangejumpsuit pic.twitter.com/kchloeYP3w

In this article:#orangejumpsuit, Social Media