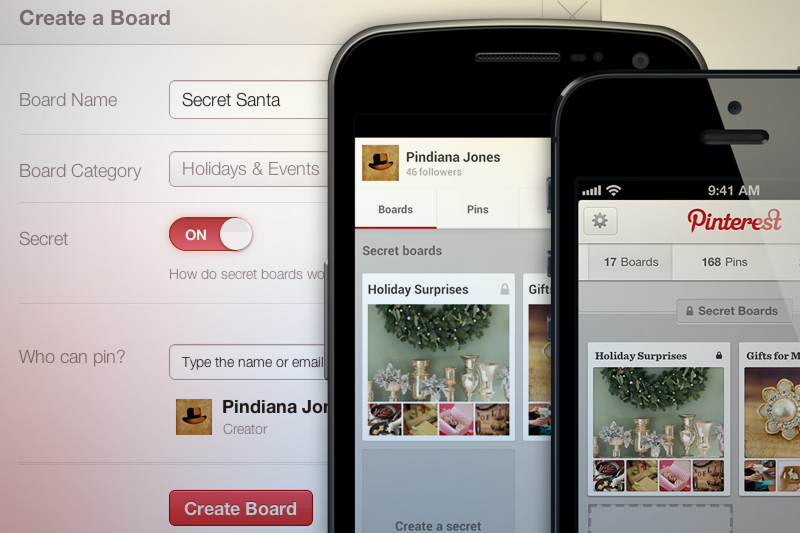 Pinterest was spotted early yesterday experimenting with a new, long overdue, much requested feature – secret boards, as one user discovered. The visual bookmarking site quickly pulled all mentions of the new service and failed to answer any media requests for comments. Why? Because it was clearly a tiny mistake as they were preparing for today’s official roll out, as they have not announced on their blog, pointing to the holidays as the inspiration for the new feature. Now, when you add a pin to a secret board, it won’t show up anywhere else on Pinterest, keeping it completely, well, secret.

One major catch for the new private Pinterest boards is that you can’t make existing boards secret, only new boards. Pinterest says this is because others have already possibly repinned from your board, and the pins are already in the Pinterest ecosystem.

Pinterest Software Engineer, Evrhet Milam said, “The holidays are a time for being with family, sharing great meals, and, of course, surprising your favorite people with a special gift. That’s why we thought the holidays were a perfect time to test one of our most frequently-requested features: secret boards! Starting today, we’ll be gradually rolling out a test that enables anyone to create three secret boards.”

Users will be emailed a privacy policy update, as their previous revision did not account for secret boards. The company says they are also simplifying the overall language of the policy and providing examples for clarity, which is particularly useful, as it is popular for bloggers to create panic regarding the connection between copyright laws and Pinterest use. “We think the result is a much clearer and more understandable policy for the non-lawyers who use Pinterest.”

Anatomy of a secret board

If you want to create a secret board while on your desktop, go to your profile, scroll down to the bottom, and click “Create a Secret” board, or more simply, click “Add+” at the top right of the page to create one, and just turn the “Secret” button to on. This on/off feature is brilliant, because you may want to secretly bookmark items for the holidays, a wedding, your work team, or anything surprise (or secret that you don’t want competitors to see), adding a layer of community that didn’t exist before. 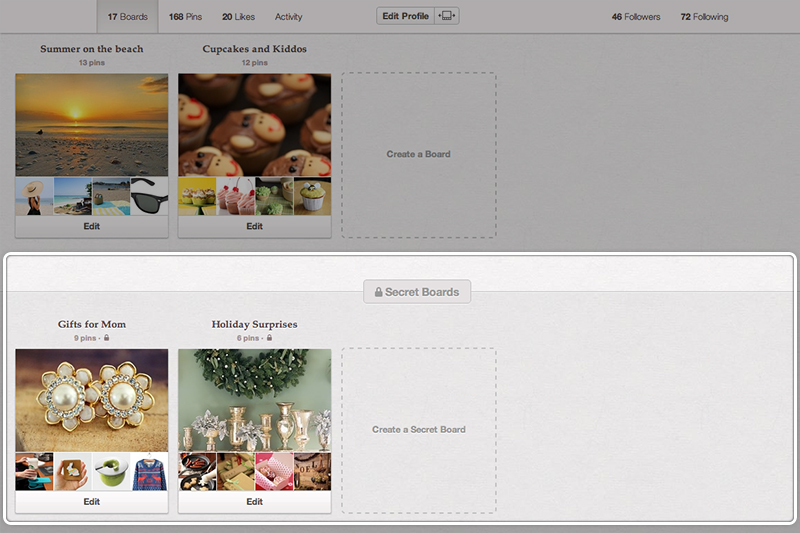 Mobile users will need to download the most recent version of Pinterest, then similarly, you’ll go to your profile, tap the “Boards” tab, scroll to the bottom and click “Create a Secret Board.” Easy. 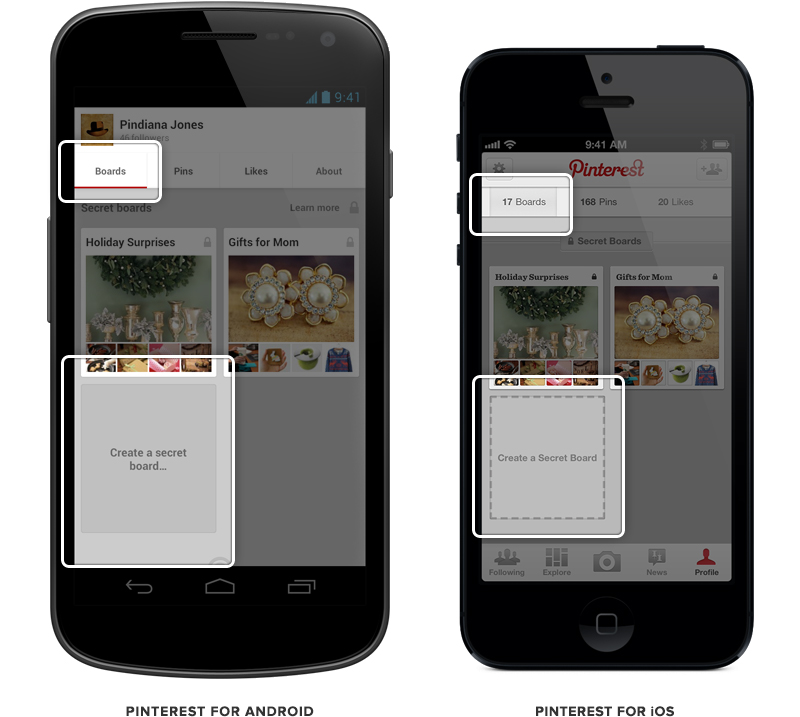 In January, we suggested 42 tweaks Pinterest should make, including private, secret boards for the purpose of sharing with a small group privately, or simply a personal bookmarking page for a single user’s eyes, opining, “Pinterest must offer private boards or the ship could sink. I mean it. I want to be able to share cuss word filled memes with my best friends but not my professional audience or the public at large. I would like to keep notes for myself on fatty foods I don’t need anyone to know that I’m eating. I should be able to Pinterest with just my parents, in-laws, and uncles who are all on Pinterest (but not Twitter, by the way).”

Pinterest continues to grow as a community, but the option to have private boards could bring back users who have slipped away, or engage new users by allowing private, tight-knit groups or family to share without the public’s eye being on them.