Qwiqq enables a local merchant to post what they want to sell, when they want to sell it, and then instantly share it to Facebook, Twitter, Foursquare, Email and SMS, all from the convenience of a single device, bridging the gap between merchants and consumers, and vice versa.

Qwiqq is headquartered in Dallas, Co-Founded by Jack Wrigley and John Phan, and was in the 2012 Spring Class at Tech Wildcatters. The company was just named a Top 10 Most Promising Web Companies by The Rice Alliance for Technology and Entrepreneurship.

Qwiqq is a social network around commerce, so to speak, whereas merchants have to hide their intentions on other social networks, acting more like buddies than professionals. Wrigley tells AGBeat that retailers understand the value of social media but struggle to actually create content for public consumption, which Qwiqq helps with in seconds.

Over $12 million of products and services have already been shared, and the tool is sticky (meaning users keep coming back), with 92 percent of visitors returning.

Qwiqq is free for merchants

Qwiqq is free for merchants, with free unlimited posts, and at an early phase has already partnered with Constant Contact so retailers can engage email campaigns directly from the app, and Qwiqq even offers a self-service digital coupon – the entire app is built specifically to be social and sell items.

The app offers commenting and messaging, social analytics, and users can discover posts nearby by browsing a category or keyword, making it easier to connect with local products, and helps small businesses track the success or failure of any particular item. 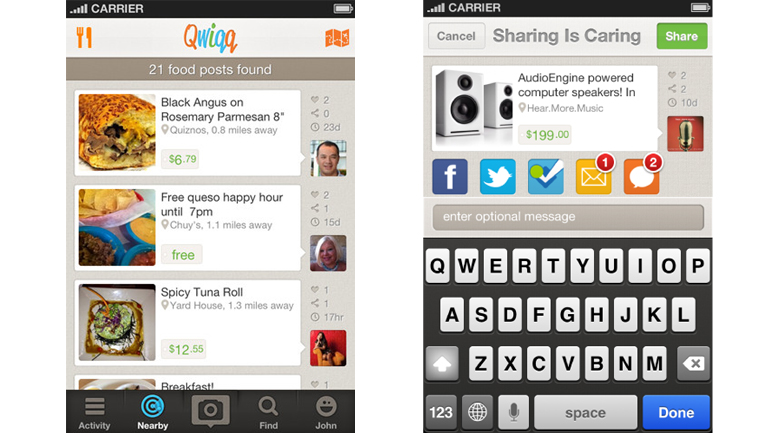 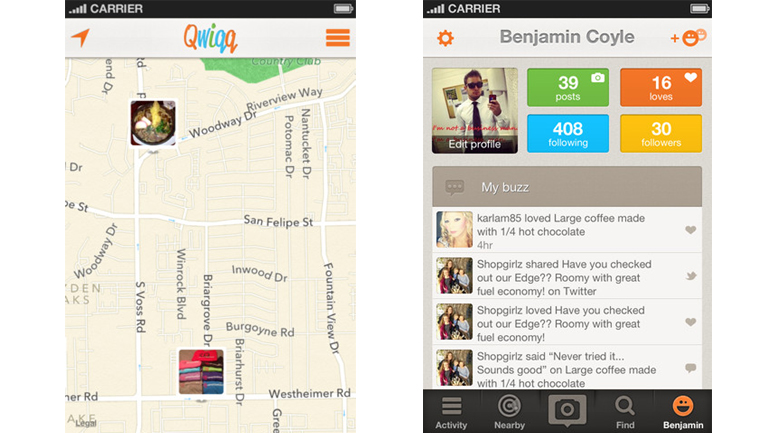 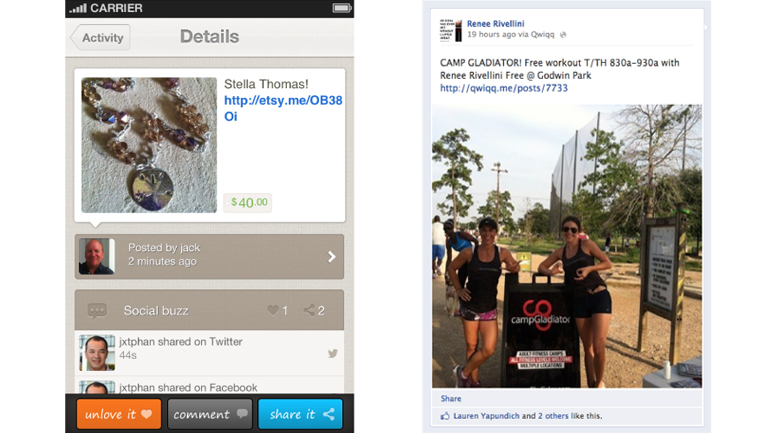