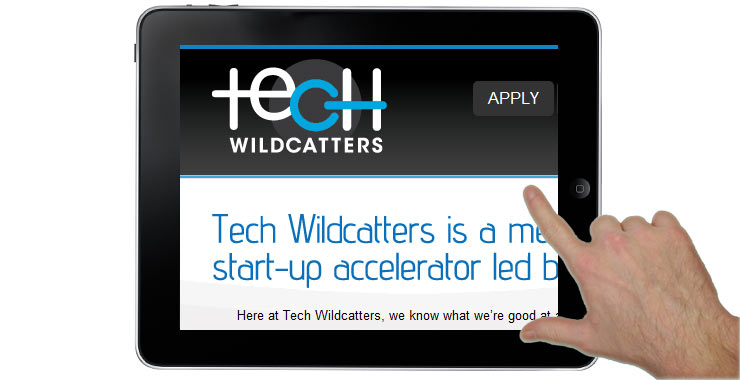 Tech Wildcatters seed companies seeking to serve you as a professional

Headquartered in Dallas, nestled in between the Dallas Design District of Lower Oak Lawn and the affluent Lakewood neighborhood, Tech Wildcatters offers up to $25,000 in seed money for founders accepted into their 12 week boot camp program wherein startups are intensively mentored, and given access to resources like office space and legal counsel in exchange for equity in their company.

Tech Wildcatters seeks startups that are tech and web related that serve small to medium businesses (SMBs), rather than consumers, and the program wraps up with a “pitch day” where the founders pitch their companies to angel investors, venture capitalists, and corporate development teams. It is not uncommon for pitch day to end in offers from $500,000 to several million in funding for these startups.

The young incubator already has 30 alumni companies, and several alumni founders actually populate their mentor program. One alumni company is RentSavvy.com who AGBeat introduced you to last fall and went on to be named among the “60 Genius Brands to Watch in 2012.”

Tech Wildcatters has been named in Forbes’ Top 10 Hottest Startup Incubator list and because the application deadline recently passed, the next “class” of startups to be accepted will be up on stage at pitch day in July.

The Ivy League for grownups

The incubator accepts the Unified Seed Accelerator Application as do more than a dozen others. Tech incubators used to be attached to colleges, but now investors have gone out on their own to found incubators like Tech Wildcatters, most of which are highly selective, and getting accepted is said to be more difficult and rare than getting into an Ivy League school, as hundreds of founders apply for the Tech Wildcatter program, which selects only a handful at a time.

But there is no money in Dallas, right?

The myth perpetuated by tech bloggers and raunchy television shows is that investment money is all in the Silicon Valley or New York City, and Dallas is just an oil town full of cowboys, but Tech Wildcatters points out that they are in a city with a higher saturation of Fortune 500 companies than nearly any other, and we would add that living and operating expenses are far less expensive than on the coasts.

Look for Tech Wildcatter graduates to be less fluff, less games, and more legitimate tools that someone like you can use in your business.

In this article:incubator, startups, tech wildcatters