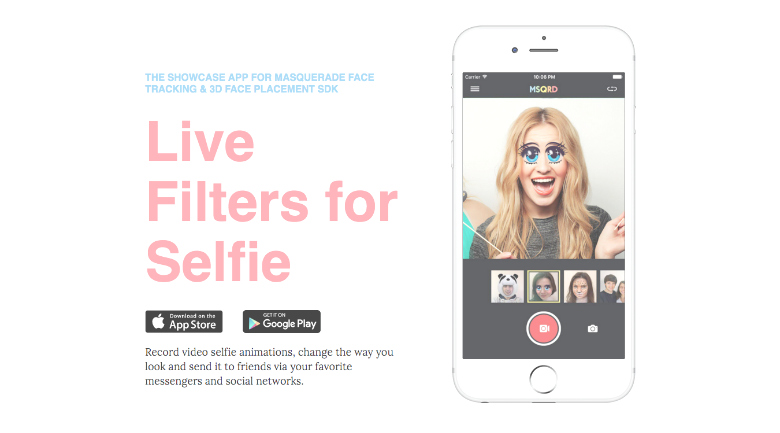 Facebook once again attempted to mimic other popular apps like they so often do with their recent acquisition of Masquerade (MSQRD). MSQRD is a lense app similar to SnapChat, that originated from a hackathon, and experienced huge success right away. Before buying MSQRD however, Faebook attempted to buy Snapchat years ago for $3 billion and subsequently got denied.

MSQRD makes up for that denial , as it provides an experience similar to that of Snapchat; offering users the chance to specialize their photos and videos with different face altering lenses and customizable options. This lense trend that has been extremely popular amongst younger social media user, with already 15 million downloads in it’s first three months.

More than half of Snapchat’s users are 16-24 years of age, while a whopping 83 percent are under 35 according to GWI.

Facebook on the other hand, is made up of only 26 percent of 16-24 year olds, and is most popular amongst older age groups. This particular age disparity is due largely to the fact that Facebook is the most popular social network globally and is henceforth the platform older internet users are most likely to have joined. This disparity is also the quintessential reason Facebook made their purchase: to try and close the popularity gap and stay relevant amongst various age ranges.

In fact, a substantial 45 percent of its users are older than 35; a fact Facebook hopes to change with MSQRD and the addition of features like build out lenses which are proven to be popular amongst a younger crowd.

Overall, the recent changes made to Facebook including post visibility based on algorithms, messenger capability and now lenses, will hopefully keep the extremely popular platform afloat. If you want to check MSQRD app for yourself, it is available on both app stores, and can be used independent of Facebook.

In this article:facebook, Masquerade, Social Media