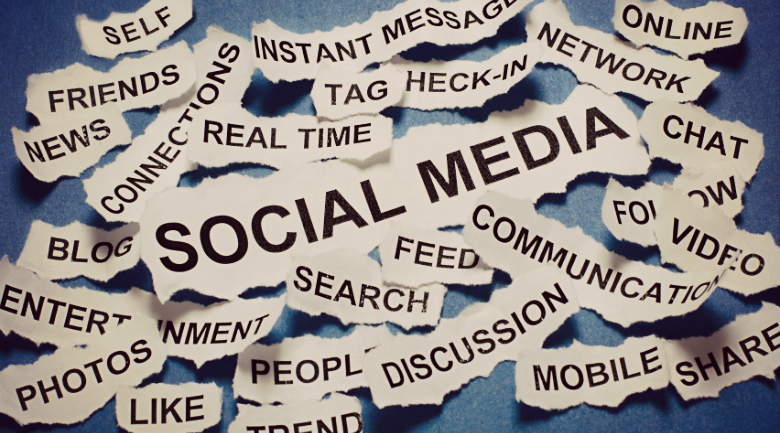 What’s working in social media is one of the most frustrating questions to answer.

For six months, I’ve been trying to write an adequate answer to this question. You’d think I could move on, but I said I would answer this question. Giving my word is not something I take lightly, I’m sure you know what I mean.

Read also: 2 simple yet tricky steps to influence people to do what you want

It’s not frustrating to answer because nothing in social media is working. In my opinion that’s just what people think if they don’t know how to put metrics from social media in the proper context.

Just because all of your content marketing isn’t going viral on Facebook doesn’t mean the social part of your marketing strategy isn’t working. If it’s spreading in the right places, it doesn’t have to spread in all places.

People try to go viral because they don’t know how to reach just their market, or because they want a burst of links.

No, this question gets hard to answer because

You could get away with that when social media was Web 2.0 and only a tiny portion of the world used it.

And when was the last time you organically – not on a break or vacation!- went through an entire day without
watching a video on YouTube, reading a status update, or checking whatever social app we’ve used to put a graphical interface on our photo sharing or texting habit?

I could say video.

But what if your goal is to get more people listening to your radio station?

Video could work but if there are ten easier ways that can get your customer to turn on the radio without risking that they’ll decide to watch another screaming goat video instead?

I could say creating infographics.

But what if your target market is full of that small minority of people of which I am a part?

Namely, people who’d rather read than watch, who feel talked-down-to when information is dumbed down into a pretty picture, who only listen to audio or watch video for leisure. Our reason being that you can’t speed read a moving picture?

You get the idea.

Not every social site is for everyone.

Not even the social staples are for everyone. Business blogging can give microbusiness owners and medium companies an edge. But to do that you need people who are, quite frankly, excellent writers and knowledgeable about their field.

It’s not that rare to be both a great writer and have time left in your life to also be a topic matter expert. However, it is increasingly rare for somebody to actually have time for both things, to do them well, and to work for you instead of themselves.

On top of that, there are companies who don’t have the company culture to support a blogging or social strategy. To invite them to blog or use Twitter without prep work is what results in those brand snafus we’re always reading about.

The REAL problem? People are generally clueless about marketing, period

You see, we wouldn’t have these kinds of questions come up if everyone truly understood why we’re doing any type of digital marketing. So much of the time, companies lack enough of an identity to know why they are in business in the first place, never mind who their target audience.

You need both of those things to be able to market yourself. And in the tech and startup space, we’re actively encouraged to push the idea first and the research second.

What’s the mission statement of your company?

What is its vision? What are you best at?

Do you think your company has weaknesses or is your head buried in the sand hoping that the very arrogance you have to say that you don’t have issues, is what will one day make them disappear?

In many ways the web makes it easier to take any skilled technician and make her believe that the excellence in their work is enough to run a business on. Numerous studies and books like the E-myth series have proven that this is just not true.

And yet, we are getting to the point that anyone with more than a half-baked idea believes that the ease in getting started marketing on the web also guarantees success.

You want to know what’s working in social media? I’ll tell you two answers that are really the same if you look at it from a marketing angle.

Answer one: it’s the common thread that every single successful social media “campaign” has had in common for as far back as there were companies doing anything social: a sound marketing strategy, and an understanding of how to move tactically within it.

I bet there isn’t just one answer. I can think of a few dozen reasons why I ended up buying Old Spice on more birthdays than ever before.

But if I had to pick one reason I’d say that it worked with what they were already doing. In the TV commercials, the Old Spice guy was talking to you. A general you, we all understood but still.

On YouTube for a while there, he was talking to You. You had the chance to speak to him personally and if not, enough people were picked for the conversation that he spoke to someone like you.

And how does that happen? When you build social in on top of a marketing foundation that’s already going in the right direction, it simply has to amplify what it already working to be a success.

Answer two: it’s the opposite of what all failed social media efforts have in common.

Before we go down that road, let’s be honest about it. Failure in social is so much more widespread that we don’t even need a famous example anymore. Here’s one I see every day.

A person follows you on Facebook, YouTube, Twitter, where ever. Then for months they never say anything – not a favorite or a like. Their occasional activity is the only reason that you know it’s not a bot.

Then one day, out of the blue, with no particular rhyme or reason, usually in the most jarring way possible it comes.

The sloppy, lazy, half-assed, weak, pitiful, bad-breathed, thoughtless, tactless, boring, horrible, and – my favorite- public ASK.
You know what an “ask” is, right?

If you’re worth your salt in any profession, at some point people suddenly start to ask you for way more stuff than they used to:

• read a chapter of my book,
• blog about my project,
• retweet this link,
• share this on Facebook,
• take me to the airport,
• run this press release….

Oh, what, you wouldn’t take someone you just met to the airport? Me either. Which is why I don’t get why people screw up “the ask” so badly or so often. What is the point of:

• asking someone you don’t know
• to endorse something they haven’t used before
• in a way that amounts to spam?

There is none. This is by far the most common mistake after not leveraging social to build contacts outside the given platform. (You build an audience WITH Facebook, not ON Facebook. But that’s another article.)

To spell it out- the ask is everything.

If you only have room for a single concept in your head for the remainder of the year, let it be this:

The ASK is Everything. And either you’re asking, the right way, at all times, or that’s your problem.

If you want to get down and dirty, stay tuned.